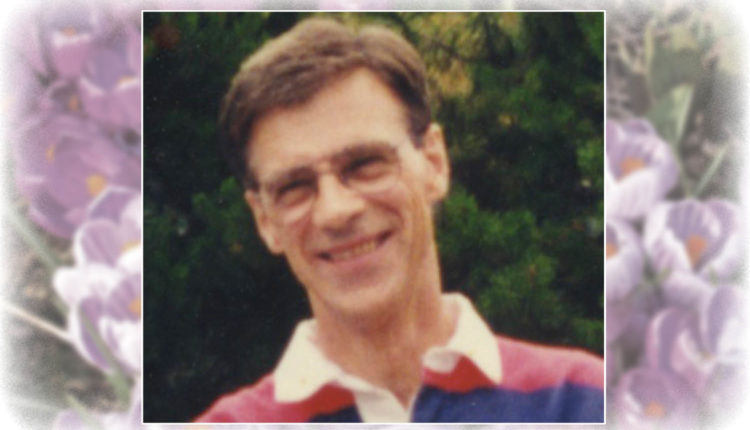 Bryon was a gentle soul who chose Salt Spring Island as his home, and made many close friends here. He died peacefully in the company of his brothers Robert and Glenn and his very good friends Dave and Betty Kempling.

Bryon is predeceased by his father John Gordon and mother Mary and survived by his brothers Robert (Kathy), Glenn (John), and Alan. He lived with cancer for 15 years, although it was painful and limited his options he was not one to complain, and lived as fully and as long as he could. He particularly was attached to his home, insisting in living there in spite of challenges of doing so.
Bryon moved to Salt Spring in 1974. It is difficult to say whether he adopted Salt Spring Island or the Island adopted him. He proved to be a loyal and generous friend and spontaneously helped a number of people. Bryon had a number of passions including food, music, performance cars and his Scot’s heritage. A particularly proud moment for him was being selected as one of the torch bearers for the 1988 Winter Olympics. He was a voracious reader, frequently surprising people with his extensive knowledge on a broad range of subjects. He was patriotic Canadian who deeply cared that the sacrifices and accomplishments of Canadian military personnel be properly recognized and honoured.

Food was a passion for Bryon with BBQ and Peking Duck being two particular favourites. Also, a good coffee in the company of friends, another favourite. Those who knew Bryon are familiar with his invitation: “Let’s go have lunch”. Food was also a profession for him. He worked for BC Ferries for 29 years, much of that time in food services, rising to the level of Chief Steward. Bryon was deeply involved as a member of the 78th Fraser Highlanders, achieving the level of Lieutenant, with a special highlight of his the Clan Fraser International Gathering in Scotland in 1997. Another major interest of his was hot cars and racing. Bryon competed in drag racing and marshalling in circuit racing in Edmonton.  He was very proud of cars that he owned, especially his Hemi Roadrunner and Eagle Talon, which he kept in meticulous condition.
Special thanks to Dr. Peter Verheul and the staff of the Lady Minto Hospital, and the nursing staff and volunteers of the Greenwoods Eldercare Society. The passion and caring they provided were impressive and comforting to Bryon’s friends and family.

A intimate internment ceremony took place at Ganges Community Cemetery January 10th and a celebration of life will be held this Spring. Further  details will be communicated for all who knew Bryon and wish to attend. In lieu of flowers donations can be made to the BC Cancer Foundation, the Lady Minto Hospital, or the Greenwoods Eldercare Society.

Fred Heads ready for a great night at Fulford Hall