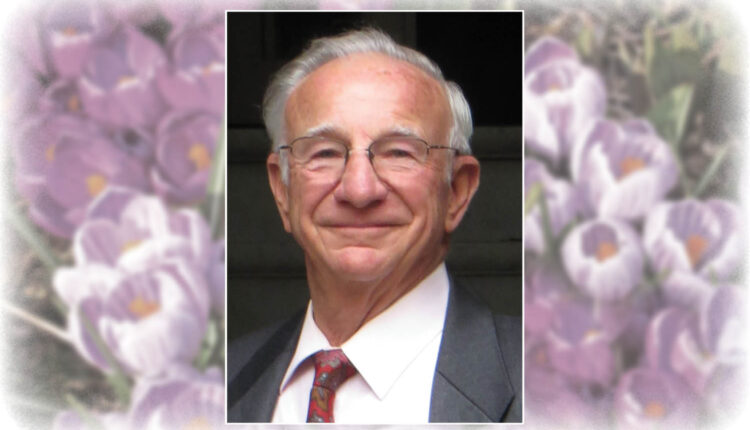 Hubert, 87, died on February 7, 2022 in Burnaby BC. He was born in Breslau-Oswitz, Silesia, Germany (now Wroclaw, Poland) on March 1, 1934. He and his family fled to the west after WWII, as Russia ceded Silesia to Poland. He became a master blacksmith and immigrated to Canada in 1955. He married Brunhilde Heine in 1957, and the couple had two children, Janet and Peter. After Brunhilde died in 1966, Hubert met Marianne. They wed in 1981 and he became a stepfather to daughters Rita and Helga.

An amazing craftsman, Hubert founded Expert Handrail LTD, a company that specialized in ornamental iron railings. He also built over 20 houses in his lifetime as well as a 37 ft. steel hull sailboat which he sailed around the Canadian Gulf Islands once he and Marianne moved to Salt Spring Island in 1979. They were residents for 28 years before moving to Vancouver Island where Marianne passed away in 2015.

In 2016, after being apart for 48 years, Hubert re-connected with Traudi England. Together they purchased a home in Sooke, BC and split their time between Vancouver Island and the mainland where Traudi’s extended family adopted him as their own.

In lieu of flowers, please consider a donation to Burnaby Hospital.