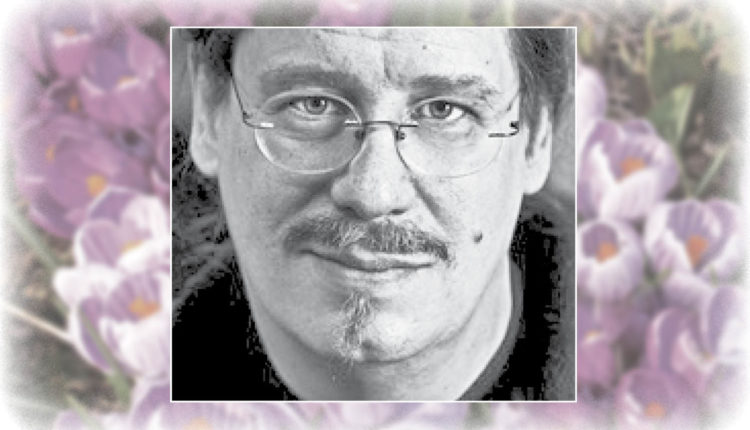 Greg was cut down suddenly in the prime of life by a heart attack linked to deep vein thrombosis.

Greg was born in Germany, and spent the next 18 years living in many countries with parents John (a Canadian diplomat) and Lilo, and brothers Doug and Bruce. He learned to ski in the Alps, where he eventually broke his tailbone. He learned to skateboard on the streets of Hong Kong. On the shores of France, he learned to love the ocean. Visiting Victoria, he grew to love the BC coast.

From a young age, Greg was a biologist, photographer and artist. As a child, he kept a colony of snails in the yard, observing and reporting on them with sketches and photographs. In his early teens, his brother Doug gave him his first good camera, a Nikon that he treasured always.

Greg attended the University of Guelph where he earned a B.Sc. and M.Sc. in marine biology. It was in Guelph that he met and married his life partner, Andrea Locke. He continued on to complete a Ph.D. in marine biogeography at the University of Toronto, and postdoctoral work at the Smithsonian Institution and St. Mary’s University, Halifax. Throughout much of this period, he supported himself as a scientific photographer and illustrator. Adventures included searching for new species in the fish market in Tokyo and three weeks of scuba diving with French naval commandos in New Caledonia.

After moving to New Brunswick, where he lived for two decades, Greg initially worked as a professor of marine biology. During these years, RhiAnnon and Morgan were born. For Greg, family always came first. In 2002, when the kids were 8 and 4 respectively, he left academia to become a stay-at-home parent and primary caregiver to RhiAnnon. He considered this the most important role of his life.

Greg credits photographer Freeman Patterson with helping him overcome his block to colour photography in 2006 – Greg was profoundly colour-blind. After being turned down from several graduate programs because his pictures were ‘too pretty’, he enrolled in the New Brunswick College of Craft and Design and received a Diploma in Advanced Studies (Visual Arts) in 2009. While at the College he started to ‘make pictures’ and not just ‘take pictures’. In 2012, the year the family moved to Salt Spring Island, Greg graduated with a Master of Applied Arts degree from Emily Carr University.

For a guy who claimed to have no innate social skills (as an adult, he was diagnosed with Asperger’s Syndrome and ADHD), he made a difference in a lot of lives and was generous with his time, mentoring many early-career scientists and artists.
You always knew exactly where you stood with Greg; there was no subterfuge in his soul. He expected high standards from himself and others.

It had always been Greg’s dream to live on the BC coast; on Salt Spring, he really hit his stride as an artist and as a human being. He was a strong advocate for persons of disability and established a visual arts program at GIFTS (the Gulf Islands Families Together Society). Greg was also the founder and driving force behind Dialogues with the Arts, a sort of intellectual salon. A good intellectual discussion was always one of Greg’s favourite things. He absolutely loved the ‘argument surrounded by water’ that is Salt Spring and expressed this with two major art projects in 2017: “Salt Spring Stories” held at ArtSpring in August and the public art piece “We are Salt Spring” banner that he installed only 4 days before his death.