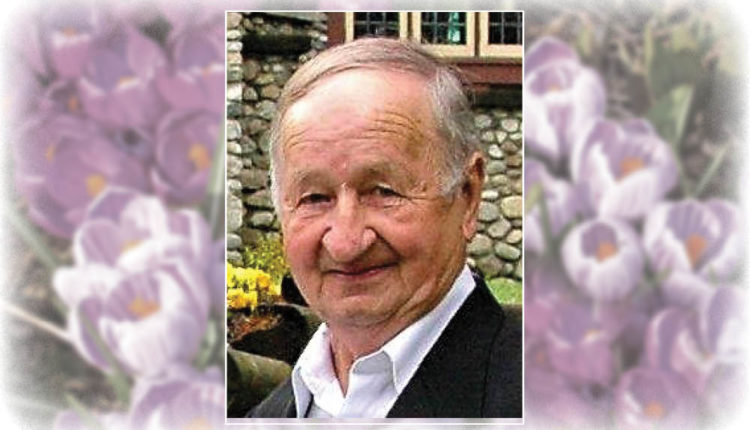 It is with sad hearts that we announce that Bill passed away in the Nanaimo General Hospital on November 8, 2018. Bill was predeceased by his beloved and devoted wife Irene on April 9, 2016.

Bill was born in Lloydminster, Saskatchewan, the fifth child of Ole and Elizabeth Johnson. In the mid-fifties, he moved to Prince George where he met and married Irene in 1966. Three years later, they moved to Surrey and then to Salt Spring Island.

In 1998, they retired to The Town and Country Mobile Home Park in Ladysmith and to their R.V. They traveled across Canada twice and once drove to the Texas Pan Handle making friends all along the way. They also spend many fun filled winters in Yuma, Arizona.

Bill was an active member of The Eagles, The Elks and the Royal Canadian Legion, faithfully attending the meat draws, playing cards and drinking beer as long as he was able. He was also very active in the social club of the mobile home park where he started a popular weekly poker club. He continued to attend and enjoy his poker nights until the very end.

He was predeceased by his daughter, Brenda Lee Irene Campbell (2001), 3 brothers, and 2 sisters.

He will also be missed by his sisters; Louise (Gale) and Lorraine (Dave), his brothers; Gus (Lois) and George (Bev), his many nieces and nephews and his dozens of friends.

The family extends a special thank you to the doctors, nurses and staff in the Nanaimo Hospital Palliative Care Unit. A Celebration of Bill’s life was held at Telford’s Ladysmith Chapel on Thursday, November 15, 2018 at 1pm.