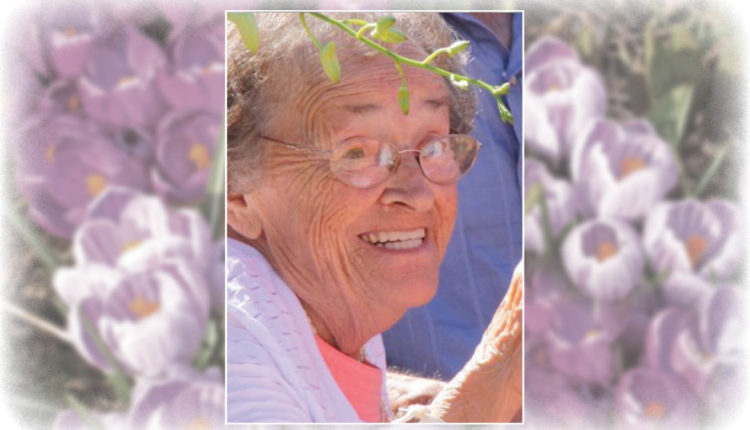 On March 20, 2018, the morning of her 91st birthday, our dear mom, mother-in-law, grandmother and great grandmother, Agnes Huser passed away peacefully with family by her side.

Predeceased by her husband Walter in 2014, she is survived by her children Peter (Monika), Irene (Mark) and Robert (Elaine), her grandchildren, Angela (Garrett), Lauren, Kara, Sonya, Alyx, Christian and Great Granddaughter, Scarlett. In Switzerland, Agnes also leaves behind her sister Huguette, sisters-in-law, Helene, Maria and Edith as well as many nieces and nephews.

Born in Fribourg, Switzerland, Agnes (nee Pellet), immigrated to Canada in 1956 to marry her beloved “Cheri”, Walter Huser. They settled in Ucluelet where they raised their family and still have many friends. They returned to Switzerland with their young family for five years and then moved back to Canada, landing on Saltspring in 1977, where they remained for the rest of their years. They made many dear friends in the 40 years on the island.

Agnes was a wonderfully spirited, energetic person who put all others before herself, all the time. She worked tirelessly at various Salt Spring Schools, for the family company and was a caring and loving wife, mother and grandmother. She was proud to be involved with the Catholic Church.

Reunited in peace with the love of her life, Walter, she will be dearly missed by all.

The family would like to extend special thanks to Dr. Ron Reznick and the entire care team in ECU at Lady Minto Hospital, Greenwoods and Braehaven for their loving care and support.

There will be no memorial service.