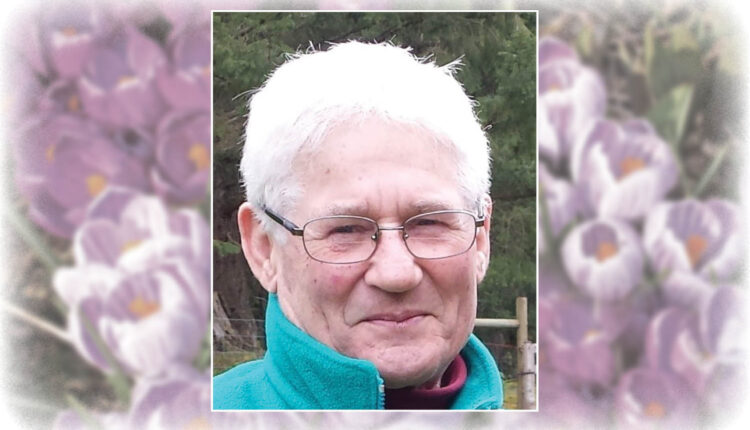 Rick Hill of Salt Spring Island, BC, passed away peacefully on February 9, 2021 after a short battle with cancer. His trademark sense of humour shone through until the end.

Rick was born on May 7, 1939 in Meriden, Warwick, UK to Frederick and Muriel Hill, the second of three brothers. He was a man of the world’s extremes, from the sea to the mountains and from the equator to the far north.

Rick emigrated by ship to Canada in 1956 at the age of 17 and wore many hats in his early life. He was a commercial diver in Montreal, worked on avalanche control in BC, and as a ski instructor in BC and Norway. He worked in merchant shipping as far away as Asia, operated a tugboat in the Arctic at Mokka Fiord on Axel Heiberg Island, and ran the ski shop at Whistler in the late 1960’s.

In 1973, Rick and Betty (Kotyk) married in Vancouver and 4 years later they settled on Salt Spring Island. They had two children, Sean and Jenny. Rick and Betty bought their first fishing boat, the Thoroughbuilt, which Rick captained for many years. For a time he worked with the Coast Guard at Bull Harbour and later piloted water taxis on Salt Spring. He came back to fishing for several years with his second boat, the Norvis Puffin, and later crewed on a commercial fishing packer, the Pacifica.

After retiring from fishing he joined Betty at Volume II Bookstore which she owned and operated. His love of books, knowledge of local waters and extensive nautical expertise was a huge contribution to the many boaters seeking charts and a good read. Rick was in his element, providing them with essential marine information and regaling them with tales of his adventures on the open sea.

In his later years, Rick continued to find joy in reading, gardening and fixing anything and everything. Two years ago at the tender age of 79, he rebuilt the chimney in his house brick by brick. He was an unstoppable force of nature.

Rick was a loving father and husband and a man of many words and opinions. Rick had a great sense of compassion for people and believed that everyone has a right to live their life without the interference of others. He rooted for and celebrated the underdog.

Rick is survived by his wife Betty, their children Jenny and Sean, and his daughters Natasha Robb-Burrows and Robin Gauvin and all of their loved ones.

Many thanks to the compassionate health care workers at Lady Minto Hospital.

A family ceremony will be held at a later date. In lieu of flowers, please consider a donation to the Lady Minto Hospital Foundation.

Condolences and memories can be left at www.haywardsfuneral.ca

Papa, you will be greatly missed and memories of you treasured. We love you forever.