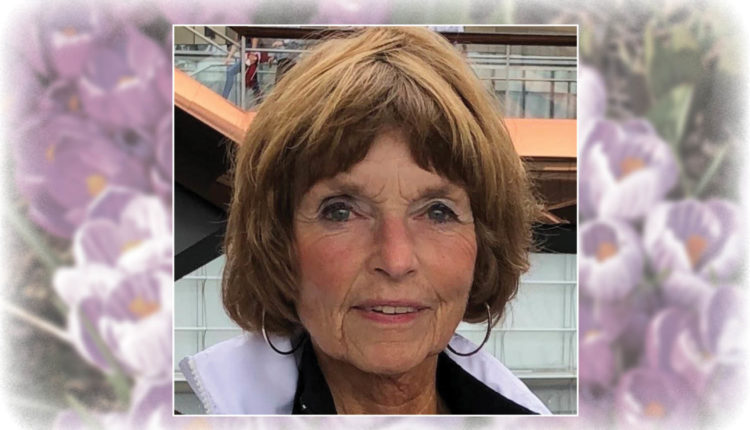 Sue Hicks passed away peacefully February 27, 2020 on Salt Spring Island, BC, in the company of her family and friend Peter Jones and assisted by the excellent staff at Lady Minto Hospital. She was 72. Sue was clear, resolute, and thankful to have control of her life to the end, despite her incurable cancer.

Sue moved to Salt Spring Island from Winnipeg less than five years ago after the death of her husband of 48 years, Dave Hicks. She dove into her new life and community lending her practical and efficient organization skills to such projects as expanding the Meadowbrook seniors’ facility, coordinating volunteers for SSNAP (Salt Spring National Art Prize), improving the experience at the Salt Spring Island Golf Club, and much more. Her passionate support for others, insight, clarity, and strength made her many close friends. Her playful sense of humor and effortless fashion sense charmingly complemented her pragmatism.

Sue was born and raised in Winnipeg where she completed her Bachelor of Nursing at the University of Manitoba and later completed her Masters of Environmental Studies (Health Planning) at York University in Toronto. She began her career as a Public Health Nurse for the City of Winnipeg and rose to become Associate Deputy Minister of Health for the Government of Manitoba. In addition to her busy professional life in Winnipeg, Sue also worked tirelessly in the community for such organizations as the Royal Winnipeg Ballet (two terms as Board director), Deer Lodge Hospital, and the Pan American Games.

Sue was a leading expert in public health planning and program implementation and spoke, wrote, and consulted on the subject nationally and internationally and was widely recognized. She was ultimately awarded the Canadian Public Health Association Certificate of Merit in 2009. She continued to consult privately until her retirement in 2019.

Sue Hicks will be deeply missed by her many friends on Salt Spring Island, and in Winnipeg, Tucson, and elsewhere. She is survived by her sister, Sally Leigh-Spencer (Brian Thacker) of Duncan, BC; her brother, Peter Leigh-Spencer (Marjorie) of Edmonton, AB; her brother-in-law, Dennis Watkins (Michelle) of Brentwood Bay, BC and a wide extended family of beloved cousins, nieces and nephews. Sue comes from a long history of family from Salt Spring Island; her parents (Ann and Frank Leigh-Spencer) and her paternal grandparents (Helen and Leigh Leigh-Spencer).

A Celebration of Life will be held on May 24, 2020 at 3:00 pm at Gallery 8 on Salt Spring Island. Those who wish to remember Sue in a special way, may make a gift in her memory to Lady Minto Hospital Foundation, Ganges, Salt Spring Island, BC.