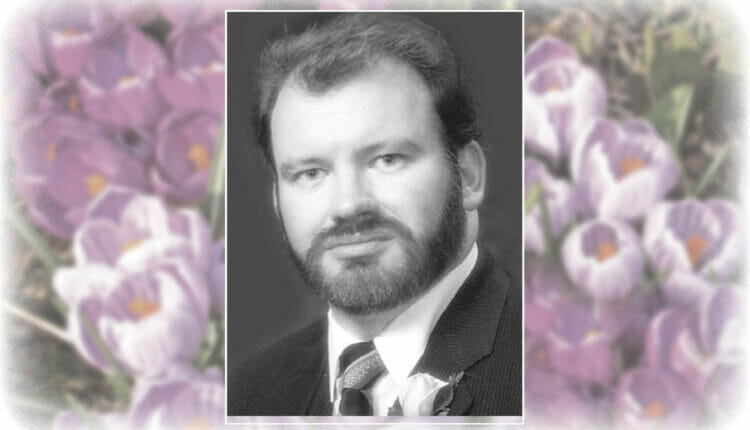 Sadly, we have lost our big bear of a husband, stepdad, stepgrandpa, brother, uncle, papa and friend to a tough battle with sepsis. Middle child of Torbjorn (Ted) and Jenny Helset, he was known to many “Salters” as a darned-good architectural designer. He’ll be missed by wife Carol, “kids” Jeff, Diane and Matthew Gow, sisters Clara Ritcey and Ellen (Kelly) Ferguson, brothers Roy and Harold (Judy) Helset, brother-in-law Bob (Angele) Black, sister-in-law Barbara (Don) Ausman, many nieces & nephews, and his special family, the McArens.

Jim was raised in the Clearwater, B.C. area – not too far from Helmcken Falls – where his Dad was a well-known big game guide. He had an interesting childhood – disappearing for days, on horseback, to hunt and to fish. His first 5 years of schooling were in a one-room school house, and for the remainder of the years, he was bussed to Clearwater.

Jim spent a year at Cariboo College, Kamloops, in an accelerated architectural drafting and design certificate program. There were no architectural jobs available upon his graduation, so he moved to Calgary where, for several years, he worked as a contract draftsman in the energy sector specializing in high-pressure piping systems. He then joined Gemini Engineering, initially as a contract draftsperson but shortly became a full-time employee. He advanced to the role of Chief Draftsperson and was instrumental in building a talented and well-performing drafting department. Jim was able to use his technical expertise, practical viewpoints and infectious smile to get his points across. He also worked to advance their skills into the computer age and developed computer-aided drafting systems. A highlight for several years was his filling in for Santa Claus at the Children’s Christmas parties.

Jim and Carol moved to Salt Spring in 1991, had a major house fire in 1993, rebuilt, and Jim worked out of there – as Helset Design – until his passing. As a testament to his abilities, he was never without work throughout those 31 years.

Jim was a great cook, and when time permitted, he dabbled in the arts – sculpting in soapstone, metals and woods. He and Carol spent 14 years manufacturing metal spiderwebs – as Webs n’ Things – often selling at the Saturday Market and at Artcraft.

Jim was especially proud of his long-time Rotarian membership. He made some wonderful friends, there, and loved working on their various projects. He spent many an enjoyable hour helping to create our waterfront mermaid, Nerissa.

Jim’s friends often commented on his wealth of knowledge and his ability to retain trivia. It was not uncommon for him to surprise his doctors with his knowledge of all things medical. He was kind and strong, and he loved to laugh.

Jim would want to thank his wonderful doctor and hero, Ron Reznick, and Ron’s “boss” Jean for all of their over-and-above care through the years.

No flowers by request, please, but donations in Jim’s memory would be welcomed at our SPCA at P.O. Box 522, Salt Spring Island, B.C., V8K 2W2.
— Wait for me on The Far Side Banks of Jordan, Jimmy. —