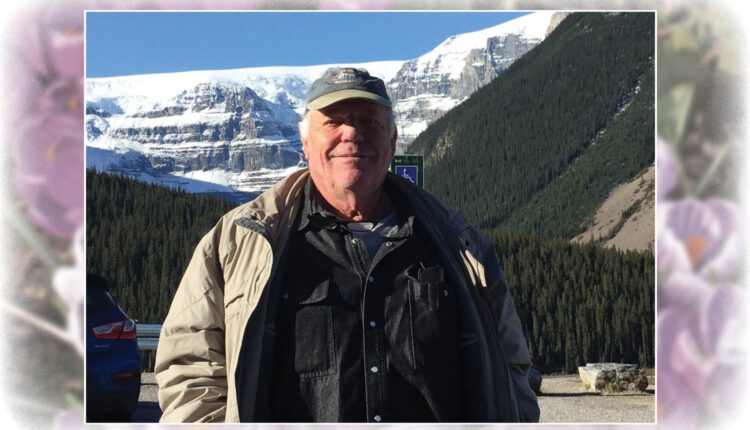 On Monday, July 4 2022, Chris Hatfield passed away at Lady Minto Hospital, hands in hand with his close family.

Chris was born on February 5, 1945 in the small town of Penticton, British Columbia. Third of 4 children, including Peter, John and Alyson Hatfield, Chris grew up happily fishing, hunting, and camping in the great outdoors with his father Harley.

In 1964 at the tender age of 19, Chris left home for a year’s backpacking trip around the world. Chris travelled Australia, Malaysia, Cambodia, India, Afghanistan, Austria and more, and came home with eyes opened to the possibilities of the emerging global economy.

Chris returned to Canada and completed his BSc in Biology at the University of British Columbia, and followed up with a Master’s Degree in Marine Biology from Queen’s University, where he studied fish learning while filling his weekends with ski trips in Quebec.

After graduation Chris worked for the Department of Fisheries before starting Hatfield Consultants in 1974, one of the first companies in Canada in the emerging field of environmental consulting. Over 25 years Hatfield Consulting became an enormously successful enterprise in Canada and abroad, supporting sound environmental practices in Canadian industry, and eventually expanding with global partner offices in Chile, Thailand and Indonesia.

Chris’s vision brought Hatfield to Vietnam in 1992, where his team’s groundbreaking work demonstrating the links between the spraying of Agent Orange during the Vietnam war and high rates of birth defects in Vietnamese children finally motivated the Obama administration in 2012 to begin cleaning up the damage America had caused.

In 2001, Chris was diagnosed with rapid-acting cancer and told he had 2 years to live. Chris beat the odds, and went on to spend 20 wonderful years retired on Salt Spring Island, his favourite place in the world. It was on Salt Spring that he met Janthra Khaengchalad, his wife of 12 years and love of his life.

Chris loved projects and used his retirement to contribute significantly to local history. In 2007, he co-authored Forgotten Cusheon Cove with Charles Kahn, recording his excavation of thousands of relics left by early saw mill workers on Salt Spring Island, including a forgotten group of early Chinese migrant workers.

Chris’s generous donation of land around Cusheon Cove to Ruckle Park was recognized by the creation of the Chris Hatfield Trail, which thousands of hikers use every year.

Chris was an irrepressible optimist who could never wait long before starting the next great project, and loved to ‘get up and go!’ Chris loved people, and always had time to stop in Ganges or Fulford for a quick chat.

Visitors to his apple stand at Cusheon Cove know that the entrepreneurial spirit never left Chris, and kept him planting and harvesting hundreds of apple varieties well into his supposed ‘retirement’.

Chris is survived by Janthra and his son, Matt Hatfield. He is much missed.

A Celebration of Life for Chris will be held in late August.