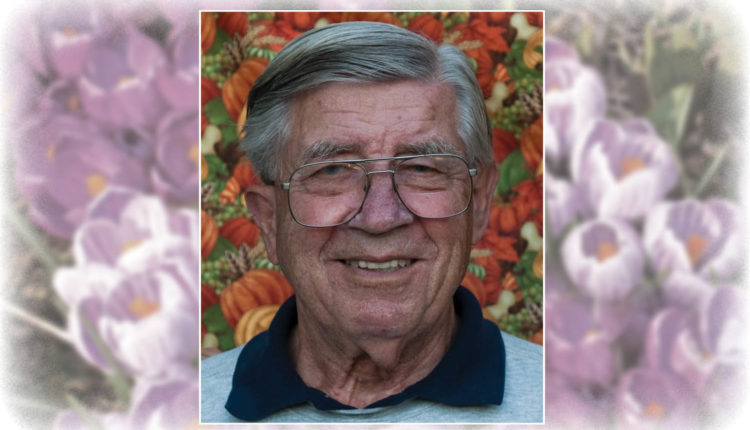 Don was born on March 28, 1928 in Prince Rupert to Elmer and Sarah Hartwig and was the eldest of three children (Don, Rose Marie, Alan).

Don attended Western Washington University and returned to Prince Rupert with a teaching degree (major in history) where he began his teaching career in the same schools he had attended as a student. Don was a sport enthusiast with a particular fondness for basketball and he coached the Prince Rupert Rainmakers and Rainettes for the duration of his time in Prince Rupert. At Western Washington University Don was an excellent competitive tennis player, and continued to play regularly well into his 80s.

In 1967 the family relocated to Saltspring Island where Don began the next stage of his career in education as the principal of both the Saltspring Elementary School and Gulf Islands Secondary School.  He continued coaching basketball as well as organized the first band program to be offered at the secondary school. He went on to become a Director with the B.C. Ministry of Education and after retiring, he worked as consultant well into his 80`s, auditing private schools around the province.

When it came to family, Don was happiest when many of his children, grandchildren and nephews were together. He was an ardent traveller who enjoyed museums, theatre and visiting family overseas, especially Jennifer, a recently discovered cousin residing in Italy. Don was a lifelong learner and great raconteur, who loved a good conversation; however, when a subject got heated or off track, he was quick to change topics with his well-known phrase “while, anyways…”  He also had a sharp wit which held him in good stead as both a father and a principal.

Don was a kind person who touched the lives of many friends, colleagues, students and especially his extended family. Dad, you will be so missed and we hope you are off playing tennis, shooting hoops or drinking a beer.

A celebration of life may be arranged at a later date.

The family thanks Dr. Leon and the wonderful staff at Lady Minto Hospital Extended Care for their compassionate care of Don during his short stay.

In lieu of flowers the family would like to ask that a donation be made to the charity of your choice in his name.