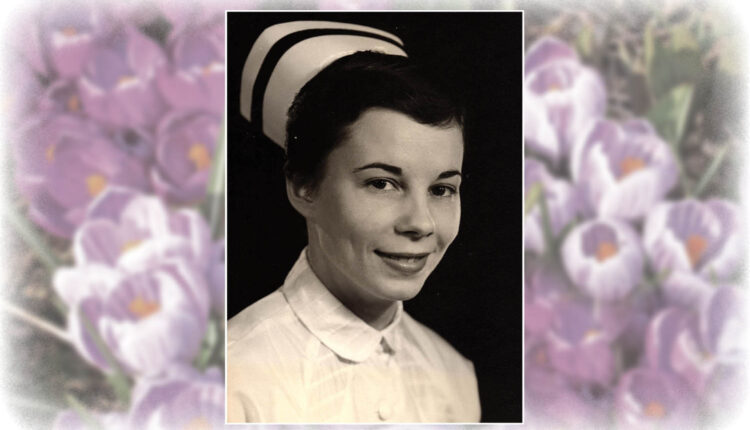 Joyce, aged 90, passed away October 01, 2020 at Lady Minto hospital on Salt Spring Island, BC.  Joyce was born November 19, 1929 in Deep Brook, Nova Scotia to Jesse and Lorne Wright, the middle of five children.

Joyce attended nursing school in Yarmouth, Nova Scotia. After graduation she and a group of fellow grads decided to use their degree to travel and see the world. Their first stop was six months in Boston followed by Prince Rupert and the plan was on to Hawaii. Instead Joyce met Don, her husband of sixty-five years, and remained in Prince Rupert until 1966 when the family moved to Salt Spring, where she continued her nursing career as OR nurse at Lady Minto, ultimately becoming Director of Nursing during her time there. In the late seventies she left Lady Minto to nurse in Inuvik, once again as an OR nurse and as the field nurse in Tuktoyaktuk, NWT. She then moved on to Greenwoods where she remained until age 79 when she finally retired.

Those who knew Joyce knew of her love of animals which began when she was a child on the family farm in the Annapolis Valley. In 1974 she developed a small farm along Duck Creek named BrindleBuff after her first cow and dog from her childhood. She also loved to spend time in her vegetable garden where she taught her grandchildren how to plant peas, beans and more.

Mom was a generous person who always shared the bounty of her garden and more. Mom, you have barely left us and we already miss you more than words can say.

At some point in the future we hope to have a celebration of life for Mom and Dad.

The family would like to thank Dr. Ron Reznick for his years of caring for Mom and the kindness and compassion of the staff of Lady Minto for Mom on her last day with us.

In lieu of flowers the family would like to ask that a donation be made to a charity of your choice in her name.