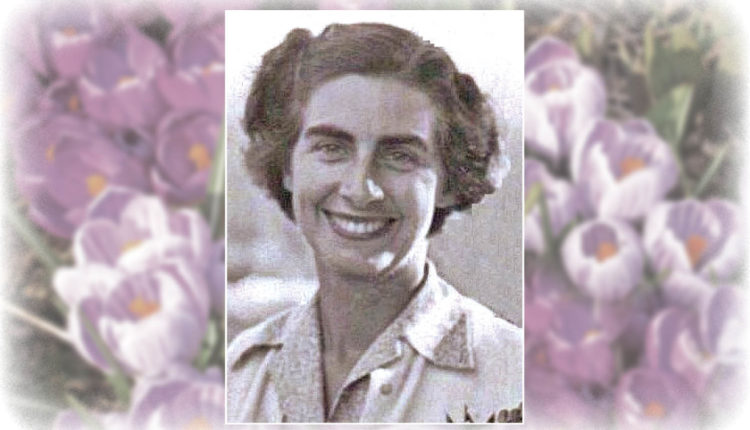 Agnes died peacefully at Greenwoods Eldercare in Ganges on Salt Spring Island after a short battle with pneumonia, following a long and hard battle with dementia, which she endured with bravery and grace.

Our mother was the last surviving member of her generation. She leaves behind her beloved children Rozanne (Peter Hynard), Peter (Barbara), Michael, Penny, Nancy (Brian Stasiuk), and Stephen (Amanda) as well as her dear goddaughter Jane (Kurys), fifteen grandchildren, six great-grandchildren, one great-great-grandchild, and eight nieces and nephews. She was the devoted wife of George Harrower who predeceased her in 2015.

Agnes was a woman of great natural beauty.  She was a graduate nurse of the Hamilton General and a female university graduate (McMaster Class of ’40) in a time when that was rare. She married the man of her dreams and bravely transported their young family on her own to many destinations around the world to join him. We remember her among the lupins in Kashmir and at the wheel of “the bus” in Belize which she drove to and around Central America and then back to Canada. We had some great adventures with her and she will be remembered with great affection.

Donations to The Canadian Dementia Action Network (http://www.cdan.ca/getinvolved.html) would be welcomed.

Condolences may be left at www.firstmemorialfuneral.com