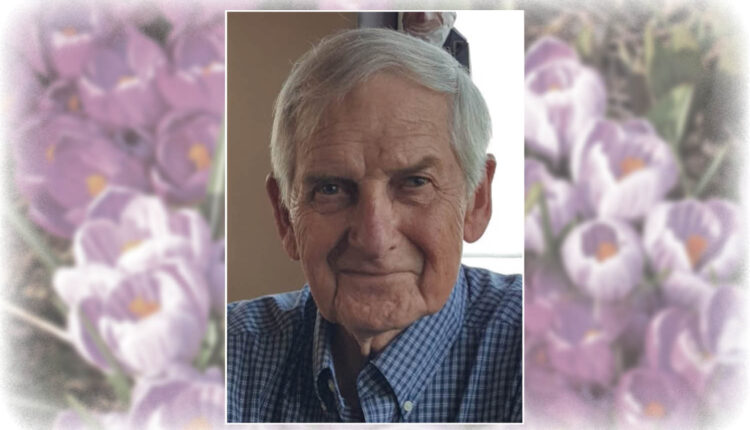 Bob left this world suddenly at home on December 3, 2020. He is mourned by his wife Marilyn Hood and dog Cooper as well as their combined family of children and grandchildren. He was predeceased by his first wife, Robin (née Howland, 1997) and dogs Shandy, Georgie Girl, Tamworth, Candy, MacDuff, Tory, Casey and Terra.

Robert George Greggs was a vibrant and engaged man who lived life on his own terms to the end. Born in Gananoque 90 years ago on July 29, 1930 and growing up with a younger sister, Zoe (now Zoe Jewers, Ottawa), Bob pursued knowledge all his life. His interest in geology led him to completing an undergraduate degree at Queen’s University where he met and married a fellow student, Robin Howland. Bob went on to complete graduate programmes at UBC before eventually returning to Kingston for a career in academia at Queen’s. Robin and Bob formed many close friends in Kingston and there raised a family (Darcie, Jonathon, Susan Darling, and Melissa Mountain) in town and at a near-perfect lake cottage nearby.

After leaving Queen’s, Bob moved west to work in the energy industry in Calgary until he retired. After Robin died, Bob returned to Kingston and married Marilyn to begin another chapter. The west called again and they returned to British Columbia, first to Salt Spring Island and eventually Sidney.

Bob was an avid birder and was able to mimic bird sounds much to the dismay of family members. He was on top of local and national politics and the weather always, loved red wine, walks with Marilyn and the many dog companions. He did not like cats and only owned three of them. His family remains ever grateful to Marilyn for the joyful and active years they shared together in their “second chapter”. During this time of the pandemic, we are unable to gather to mark Bob’s life as we would like. Raise a glass of decent red in Bob’s name, and should you wish to make a memorial donation, anything avian or green would meet his approval.