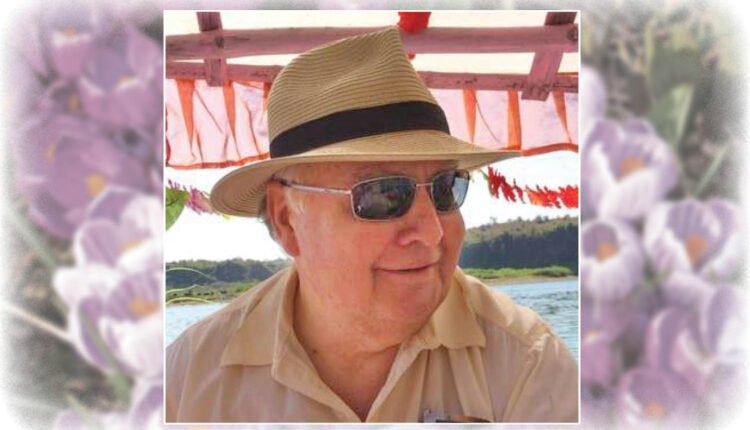 David passed away peacefully at his home on Salt Spring Island, January 10, 2021.

David was born on February 9, 1949 in Moose Jaw, Saskatchewan to parents, Keith and Gwen Grayson. He enjoyed a happy childhood with his parents and brother John at their waterfront acreage on Buffalo Lake, near Moose Jaw. It was a life filled with sailing, swimming, horses, and riding on the Canadian prairie.

After graduating from the University of Saskatchewan, David attended a Teacher Training Course in Transcendental Meditation (TM) in 1973. His greatest joy was teaching TM and working on meditation projects around the world for 48 years.

A man of refined taste in both art and music, he was a connoisseur of beauty. Throughout his life, he enjoyed collecting contemporary art. His other passion was listening to classical music and opera in addition to his wide-ranging interest in rock, jazz, and rhythm and blues.

Moving from Vancouver to Salt Spring in 2005, David was well known as the co-owner and general manager of Ganges Alley as well as two housing sites. He could often be seen around town wearing one of his trademark hats, often a cowboy hat, while stopping to chat with tenants and friends.

David was a man of many gifts: he was highly intelligent, always bubbling with creativity, and had a deep spirituality. He was quiet and shy, but when he spoke, people listened. His friends and colleagues enjoyed his droll sense of humour – he saw the funny, absurd side of things and would quickly come up with one of his famous quips.

David is survived by his loving wife, Carolyn, who treasures their 39 happy years of marriage, career partnerships, travel, and daily laughter. There were no children.  David was dearly loved by his family, friends, colleagues, and all who knew him. He was a rare and beautiful soul and will be greatly missed.

An amazing and beautiful Zoom Celebration of Life for David was held on January 31, attended by family and friends from Europe, the US, and across Canada.