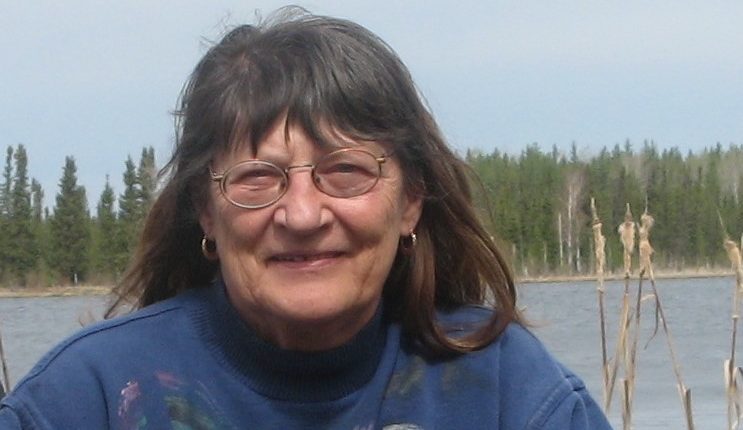 Irene Gravell of Alberta Beach, AB passed away on October 17th in Edmonton, AB aged 76. Born on the homestead in Ballater AB in 1941 to Mike (Nikolaj) & Olga Todor, along with brothers: Ed, Merv, Dennis & sister, Helen. Irene first settled in Peace River where she started her family, mother to Daryl, Terry, Vince & Corrie.
Irene moved to Salt Spring Island in the late 80’s and found a way to make the island life she loved so much, possible full time.  Irene came back to Alberta mid 90’s for family and work, chosing the Summer Village of Alberta Beach as her new home, while still returning to the coast as often as possible.
Irene  tried her hand at many occupations: waitress, coffee wagon, ice vendor, restaurant management, ski hill manager, rig & hunting camp cook, garden researcher, weed inspector, greenhouse operator, landscaper. Her work in camp resulted in many friendships and the hunting camps were the source of many happy stories. Irene encouraged and assisted many people over the years and made many great friends across western Canada.
A funeral for Irene will be held on October 26, 2018 at 12:00 pm from St. Guy Roman Catholic Church, Guy, Alberta. Funeral Arrangements under the direction of Chapel of Memories Funeral Home & Crematorium, High Prairie, Alberta.