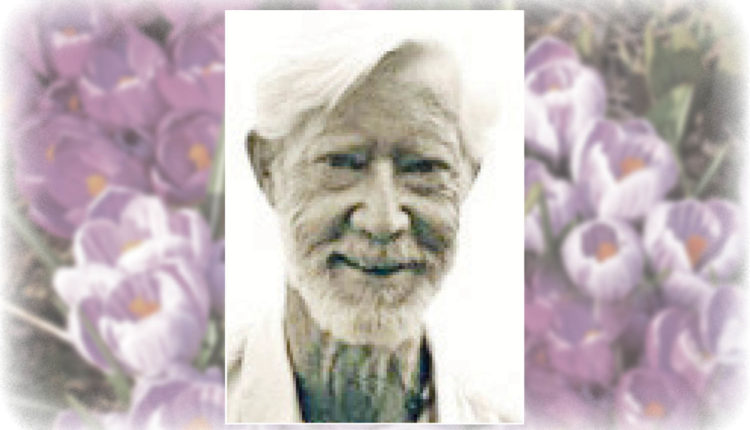 Thomas Gerald Gossen, born 1934, Saskatoon, Canada Tom is an explorer of life. Borne of Northern Saskatchewan, the frontier was his doorstep as a young man. He is very good with numbers and accounting was an art form to him. He led a long and successful career consulting in financial matters to small businesses, farmers, and governments in developing regions of Canada and Africa. He is an outdoorsman. He has many good stories of times in the bush of northern Saskatchewan, the arctic territories and remote parts of east Africa. He honed very fine skills as a bush pilot in northern Canada in the 50’s and 60’s and can fly anything. Proudly, he has crashed landed planes in the high arctic, and emergency landed in the sands of the Sahara, but still he loves graceful swooping loops in the silence of a glider. He turned his attentions later to sailing, but he can also ski, scuba dive, water ski, and surf. But all that remains of these pursuits is his trustworthy Grumman aluminum canoe!
He is a lover of the arts. He enjoyed the camaraderie of many great western Canadian artists in the 60’s and 70’s. He is also an accomplished piano player, able to make small children dance crazily to his ragtime recitals, and is not too bad at drawing and painting either. His homes were wonderfully decorated with works of art and designed sometimes by his own hand. These activities demonstrated a mind actively seeking the mysteries of life and the advancement of a global society. Tom dedicated much of his life to serving others through his skills and compassion. He provided valuable community services in Saskatoon and the surrounding native communities, and to the Inuit communities of Inuvik and the Northwest Territories, and his engrossing literacy program called UPLIFT that he co-founded in Uganda, which has helped thousands of impoverished people read, and it still operates today. Tom is follower of Baha’ú’llah and is a member of the Baha’i community. Tom’s faith continues to deepen and shape his life in this world and he will happily pray, meditate, or consult with you along your spiritual journey. Tom had one younger brother, Bill, who passed several years ago. Tom has four children, Rhonda, Andrea, Lisa and David and is loving husband to Sylvia. He has three grandchildren and two great grandchildren. He is highly adored by his family, and has had a powerful influence on their lives.

The family would like to extend our heartfelt thanks to all the Greenwoods staff for their loving care. In lieu of flowers, donations to the Greenwoods Foundation.