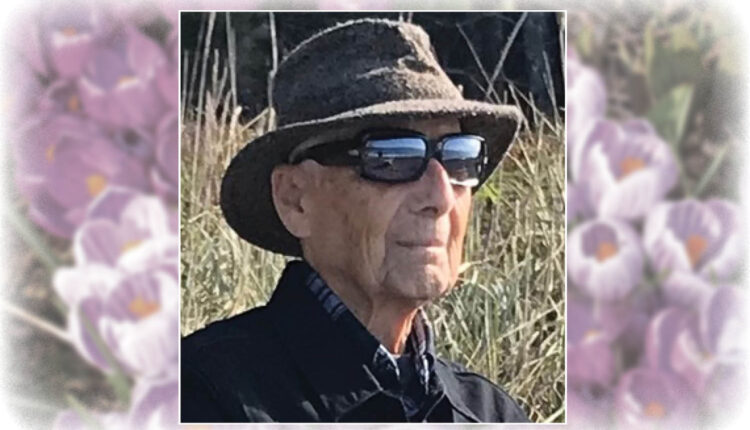 In so many ways Barry was “a natural charmer” who made lasting friends easily and engaged them in easy conversations or discussions about how to fix this or make that work. He was not a judgemental man, accepting each person for who he or she was and bringing them into his own sphere.

Barry was always learning. At various points in time, he took up curling, snowmobiling, cross-country skiing, motorcycle riding, bee keeping, gardening, knitting and folk-art productions, square dancing, and playing organ, guitar and banjo. He always loved camping taking boys camping as a cub and scout leader. He was a keen amateur astronomer, getting up late on cold, star-filled nights to view the heavens, as well as a gifted amateur painter in oils; many of his pictures which were asked for by others to include in their homes. Barry was an avid reader whether it was non-fiction (astronomy, biographies, and history were favourite subjects) or fiction (James Harriott, Ian Rankin, Barbara Vine, and Linwood Barclay being some favourite authors).

In 2016, he and Joan moved to Salt Spring Island to be closer to Wayne and Bill, to enjoy the temperate clime and wonderful biodiversity of British Columbia. He could never get enough of Ganges Harbour, Duck Creek, Bourgoyne Bay (his last big hike was out to Daffodil Point), Trincomali Channel, Active Pass, and of course the Coastal mountains in the distance. He was an observant naturalist and hoped that British Columbians would always protect and nurture their environment that he enjoyed so much.
At the end, Barry expressed his appreciation for the support he received from Drs Parimi and McCracken at the BC Cancer Clinic in Victoria, but especially for the kindness and thoughtfulness of Dr. Peter Verheul and staff (Sandy, Sarah, and Jennifer) at Eagle Ridge Clinic. Thank you ever so much for being there for him.

Anyone wishing to make a donation in remembrance of Barry please do so to Greenwoods Eldercare Society, Salt Spring Island, or a charity of your choice.