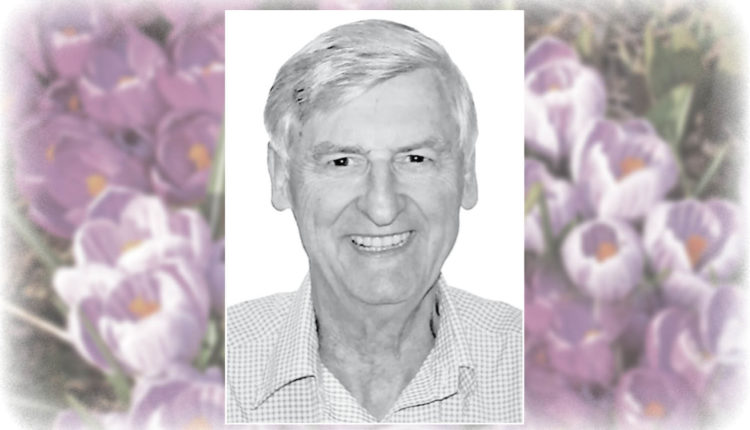 Jack died very peacefully at Royal Jubilee hospital in Victoria on March 27, after a long, successful and happy life.  Born in Vancouver, his early years were marked by peregrinations — England, Ireland, Toronto and Kingston — with his parents, Hal and Fruit (occasionally known as Alice), as Hal was always looking for the pot of gold at the end of the rainbow.  Jack came back to Vancouver to attend UBC for degrees in commerce and law and was taken on in 1959 for a year’s articles by Farris and Company, and kept on, becoming a partner in 1967, until his retirement in 2007.  He often said he had only had one real job in his life.  With a well-earned reputation as a leading counsel, Jack’s commitment to the law expressed itself throughout a highly distinguished career in all areas of the law in BC, Canada and internationally.

In 1964, after a four-week courtship and engagement (once he had made up his mind about anything, he never saw any reason not to get on with it) Jack married Virginia Grant in Victoria.  He is survived by her and his sons Graham (Cristina), David (Tanya) and Peter, and his grandchildren Lucas, Spencer, Oscar, Julian, Malcolm and Sara.  His family was the core of his existence; he loved us all unconditionally and without reservation, and was inordinately proud of us all.

On retirement, Jack and Ginny moved to Salt Spring Island, and he plunged enthusiastically into the next phase of his life, enjoying painting, laughter and Oban.  He played tennis and golf regularly and with the same lack of success that had marked his earlier years in sport, but he always lost with good humour, in the hope of improvement and pleasure to be with those he loved.  A friend referred to him as ‘the consummate gentleman’ and his sons say they were given a template for their own lives.

Through his struggles with dementia Jack was dignified, resourceful, brave and, above all, loving. The efforts of his devoted caregivers, especially Michele and Iolo, were enriching and indispensable in recent years.

We will all miss him forever, but are grateful that he was ours.

A celebration of Jack’s life will be held April 21 at 2 pm at the Vancouver Club.  In lieu of flowers please consider a donation to Avalon Recovery Society.  http://avalonrecoverysociety.org/