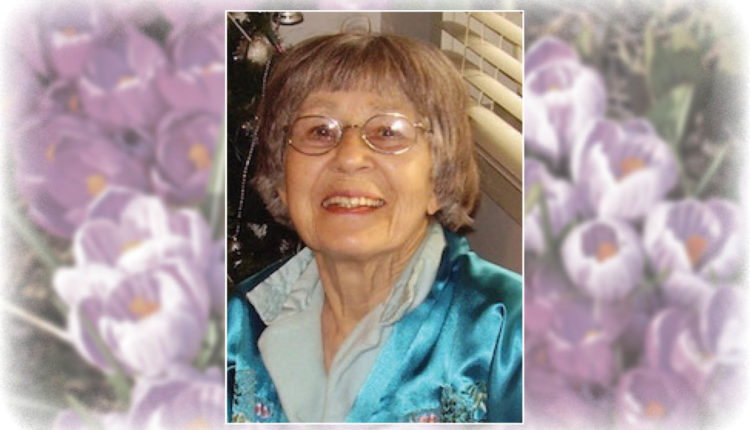 We are deeply sad to announce the passing of our dear mother Nora Evelyn Gibson after a long illness. Nora was a kind, warm, gracious woman and a proud mother and grandmother. Nora was raised in the small close-knit sawmill town of Great Central Lake on Vancouver Island. Her parents Bill and Edith Maultsaid were immigrants from Northern Ireland. Bill was a First World War veteran and Edith was the first woman pharmacist in Northern Ireland. After graduating from High School, Nora moved to Vancouver and attended Vancouver Bible College. Following that Nora studied to work in Medical Records at Grace Hospital in Vancouver. She married William Gibson in 1958 and they started to raise their family in White Rock in 1963. She was a kind and supportive mother who always put her children first. She worked as the Head of Medical Records at Peace Arch Hospital. After her retirement in 1992 she courageously returned to study English as a Second Language at Trinity Western University. She earned a TESL diploma, and following this Nora taught Asian, Middle Eastern and Latino immigrants at her home and at White Rock Baptist Church. The at-home classes were more popular because the goodies she provided were delicious. She was a dedicated an enthusiastic teacher until she was 80 years old!

In 2009 Nora moved to Salt Spring Island and moved into Heritage Place, where she made some lovely friends and was cared for by the fantastic staff there. In 2011 she moved into Greenwoods Eldercare Society, where she was tended for by the amazing staff for almost 8 years. Even in the darkest of times Nora retained her kind nature and was a genuine beacon of light to both the residents and staff at Greenwoods. She never complained about her situation and she cared for and consoled the other residents at Greenwoods at times of trouble. Nora was a woman of deep faith, which she enjoyed sharing with like-minded people. She demonstrated that faith by helping and supporting others, and by always approaching life with grace and dignity. While her two boys initially drove her crazy by endlessly bringing home all sorts of weird music and playing it over and over, she eventually even grew to love some of that. Nora was broad-minded and intellectually curious. She had an ongoing and abiding love for classical music, and in her heyday loved nothing more than to be out in her garden in White Rock.

Nora is survived by her sons Andrew and Steve Gibson, her sister Joan McBride, her brother Wes Maultsaid, as well as a far-flung extended family of grandchildren, nieces, nephews, grandnieces, grandnephews and cousins. She will be deeply missed by all. Nora’s family would especially like to thank the kind-hearted and compassionate nurses, the RCAs and the staff of Greenwoods Eldercare Society for their deep commitment to Nora right until the end of her life.

A memorial service will be held at First Baptist Church on Salt Spring Island on Saturday, July 7 (time TBA).