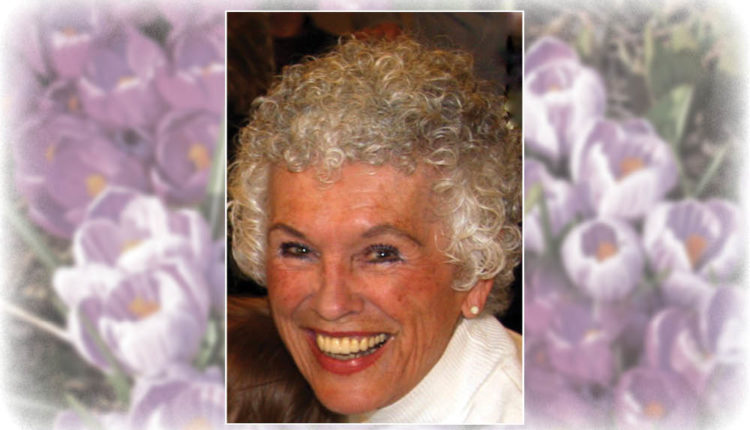 Louise’s mother passed away when she was five, and she was raised for several years by her grandmother Agnes Dalgleish. As as girl, Louise loved to ride horseback across the hills of Kamloops, dressed in cowgirl breeches. She looked forward to her summers at the family cabin at Lac LeJeune, where she could spend time with her sister Dorothy.

Louise married Santino (Santy) Gaetano Fuoco, her high school sweetheart, in Kamloops on July 14, 1947. During her life with Santy, who managed bakeries throughout western Canada, Louise lived in Grand Prairie, Alberta, Victoria, Nanaimo, Winnipeg, Vancouver, and Calgary, before moving to Salt Spring Island in 1977, making lifelong friends along the way. The couple celebrated their Golden wedding anniversary at their seaside home in Vesuvius Bay, Salt Spring Island, and lived there happily for 28 years.

Louise was warmly welcomed into the Fuoco family and was especially close to her sister-in-law Tina Vigna. In 1954, Louise and Santy “won” a tiny cabin that they moved onto a waterfront lot at Scotch Creek on Shuswap Lake, and the Vigna family bought a property right next door. After selling the cabin in 1960, Santy and Louise returned to Shuswap in 2003 and built a summer home across the street from the original cabin. Louise loved her time at Shuswap, and at age 91, was delighted to take another dip in the lake she loved.

Louise was an accomplished artist with many talents—an award-winning quilter, seamstress, and knitter, whose great-granddaughters still wear her creations.

She was also an avid (and prizewinning) gardener, trained as a professional florist, and brought her artistry to Heritage Place on Salt Spring, where she lived for three years.
A longtime member of the Salt Spring Island Golf and Country Club, Louise played in many tournaments, and enjoyed the crazy antics of “the golf girls.” She also enjoyed a good game of mahjong.

Louise was a fierce protector and friend to elephants and supporter of the Elephant Sanctuary in Hohenwald, Tennessee. She loved animals, especially cats. She was a fan of Neil Diamond, Rod Stewart, Tony Bennett and military tattoos. Louise adored hearing the bagpipes, and was proud of her Scottish heritage.

In February, 2018, Louise moved to Sidney All Care Residence in Sidney, BC. A week before she passed away, Louise, whose famous smile could light up a room, was thrilled to be named Champion bowler at All Care’s weekly competition.

The family extends their appreciation and thanks to the staff at Heritage Place on Salt Spring Island and Sidney All Care for their excellent, compassionate attention to Louise during the last four years.

In lieu of flowers, donations in memory of Louise can be made to The Tennessee Elephant Sanctuary, www.elephants.com or to Lady Minto Hospital Foundation, www.ladymintofoundation.com, 135 Crofton Road, Salt Spring Island, BC V8K 1T1.

A Celebration of Louise’s Life will be held with Family and Friends in the Lower Mainland later in October. Louise will be forever missed.