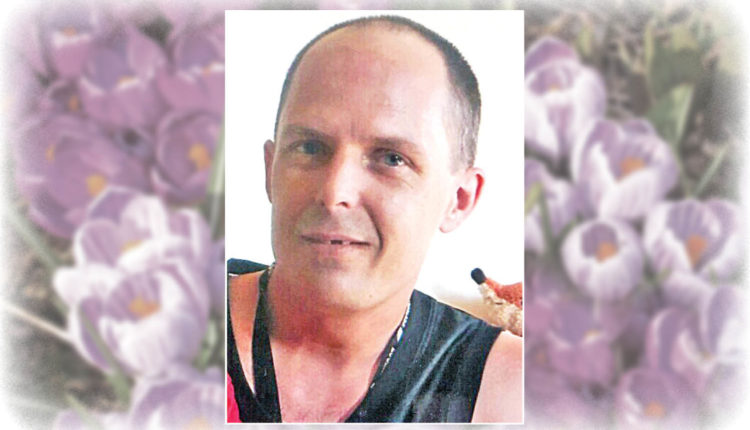 Byron was born in High River, Alberta, and he came to Salt Spring when he was 2 years old. He grew up in Beaver Point, surrounded by a loving community of islanders who were a huge and joyful part of his childhood.

As a child Byron loved climbing trees and playing at Sea Bright Beach. He was so well-know that people in the area called him the “Mayor of Menhinick.”

He went to Little Red Preschool and was much loved by his wonderful teachers, Bly and Christine. He grew to be a talented young man who could pick up anything and do it so well – from his incredible tennis, electric guitar, and snowboarding skills, to driving on his dirt bike around the back roads of the island with his friends while being chased by the police! He had a spark of energy that showed intuitive genius.

As an adult, Byron struggled for many years with mental illness and addiction. Throughout all of this he was a survivor, fighting against all odds. He spent the past 20 years living in Victoria, many of them on the streets. His family would like to thank the healthcare providers, social workers, parole officers, and most importantly his incredible mental health teams, Pandora ACT and 7 Oaks ACT, who were steady, caring supports for Byron for many years.

Byron was full of love for his family and was always curious about others. He was trusting and compassionate towards everyone, almost to a fault. He never said nasty things about anyone.

As an adult, he loved his BMX bikes and anything electronic, even though they passed through his fingers like water. A perfect example of his true character was when he decided to repair and donate children’s bicycles. He would leave these bikes throughout the neighbourhood in Langford, with signs that said “Byron Forbes giving back to the community”.

He was deeply loved by his parents, John and Dianne. His mother, was one of his biggest advocates and supporters all these years. They kept in touch almost daily no matter what the circumstances. He thought of her as his “angel” and he was and continues be her dear boy.

His only sister, Becket also remained close in his life. He loved being an uncle to her two children and  he lovingly referred to his niece and nephew as “little creatures”. Talking to them on the phone or receiving pictures, gave him such joy. His mother and sister will remember the many visits they had with Byron over the years, many challenging and heart-wrenching.

One of their last visits was a wonderful memory of a quiet rainy day at the Royal Museum, then eating burgers and sipping milkshakes while watching Byron look lovingly at his little niece as she coloured.

Byron left this world at the age of 42, peacefully and without any pain.

Byron, words cannot express how much you will be missed and loved. May you finally be at peace and free of fear and suffering. We love you Byron.