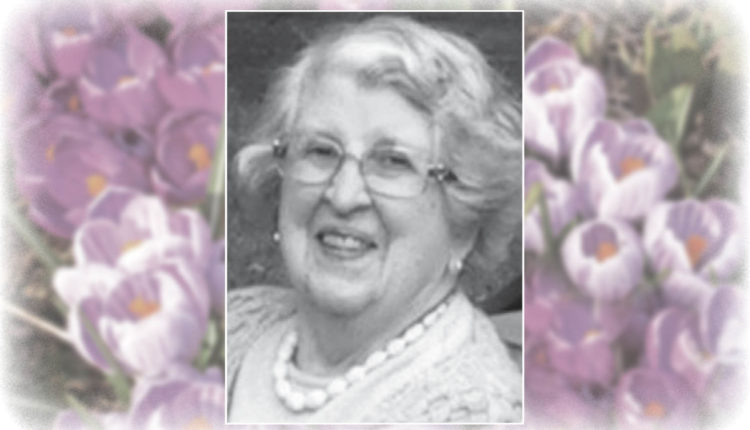 Born April 24, 1925, in Parksville B.C. to Rev. Charles and Edith (Park) Popham, Catherine grew up on Salt Spring Island. She was a Wren during the war stationed in Halifax, Nova Scotia. She married Hank in 1958 and they soon made their residence in Qualicum Beach. Catherine worked for School District 69 from 1963 until her retirement in 1984.

From an early age drawing and painting were one of her passions which had to be fit in around life. Later on she became an enthusiastic landscape gardener,
creating a visual painting with plants and a restful solitude from the outside world. In recent years when her body started to protest tree planting and rock path making, she started to paint avidly. We are left with many images of things she held dear in her paintings. Her personal library is vast, a testament to her love of reading and learning.

She was predeceased by her husband Henry Elwood and her parents. She is mourned by her son Christopher (Linda), of Qualicum Beach, and grandchildren James (Emily) and their three girls of Lethbridge, Thomas (Jenna) of Port Hardy, H. Elizabeth of Toronto, and Hank’s children Richard (Sheryl), Lois (Robert) George, Maureen Elwood and grandchildren.

She will always be remembered for her unwavering faith, meaningful conversations, spunk, fierce independence, her bright mind, and her love of wildflowers. At her request there will be no formal service. She will be cremated and interred at St. Mark’s, Qualicum Beach.

Award given to woman who saved husband with CPR