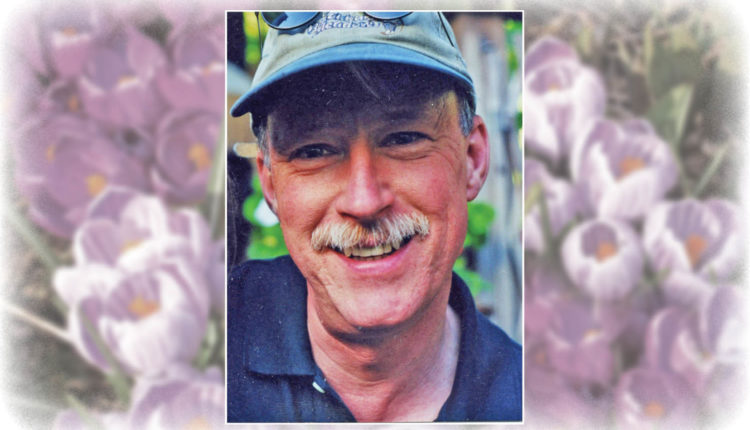 George died suddenly last week in Anguilla, where he had gone to spend the winter months reading, thinking and writing while staying very warm. He’s finally getting some sleep.

Born in the United States, George was an anti-Vietnam war protester and brought his commitment to social justice with him when he arrived to complete a graduate degree in medieval history at the University of Toronto.

He continued his political activism in the Ontario New Democratic Party, always urging the Party to shift left. He took his values to his work as staff at the Ontario Legislature in the NDP caucus, and on the staff of the Canadian Auto Workers Union when it was one of the most socially progressive unions in the country.

George was remarkable for the breadth of his knowledge, his pointed analysis and his intellectual curiosity. He would be the first to tell you that what he didn’t know about baseball wasn’t worth knowing. He played oboe once at Carnegie Hall when a teenager, and he transferred his passion for classical music to the Salt Spring residents who crowded his classical music appreciation classes.

George was a man of strong opinions and perceptive analysis and was a bit of a contrarian but he also had a big sense of humour and a large laugh to go with it.
He loved cooking for friends, telling stories and jokes and could tell the same one many times over. His friends received many articles and emails on the latest political outrage or curiosity, all with his unique commentary.

George was a writer and columnist, he co-authored a book on the Ontario NDP and a novel about the American Negro Baseball Leagues (as they were then called) and was working on a second novel.

On Salt Spring, George continued his public service and developed a strong environmental commitment. He made many friends and some critics, during his two terms on the Islands Trust. He served for 6 years on the board of ArtSpring and 3 years as a director of the Salt Spring Island Farmland Trust. His longtime support for climate action and water management policies was well known.

George was an intensely private person. He was very generous with his friends and with many community organizations, but he was deliberately quiet about the extent of his donations of time and money.

George leaves behind his brother, Chris Ehring (Kinnet), his sister, Liz Brook (Nancy Perman), his partner of 22 years, Katharine Atkins, and her daughter, Lauren (Shasta Coffey and their child, Ash). He also leaves many friends across Canada, an unfinished manuscript and a hoard of anecdotes.

There will be a wake in the near future with much storytelling. Donations in his memory can be made to Salt Spring Island Conservancy or to ArtSpring.

Eye for image revealed by Bateman