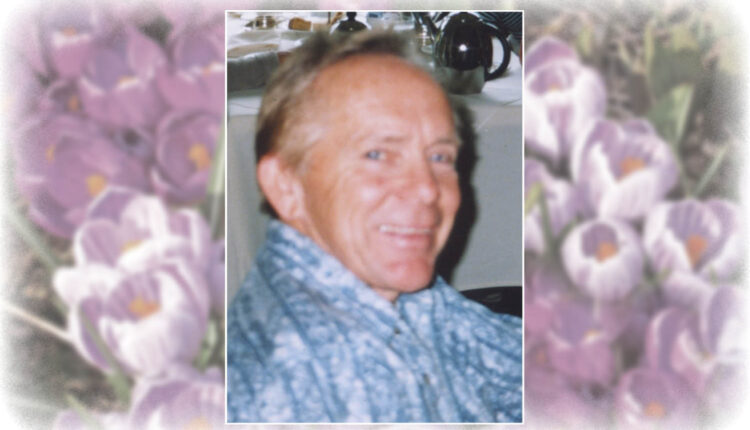 Bill left suddenly on his last boat trip. His time here was well spent and he left his mark on more people than he ever realized.

He was born in Sidney to a family with fishing in their blood, often heading to the docks to fish with an uncle instead of going to school. He first owned a salmon troller, Key West; a wooden schooner, the Annie Tuck, which he rebuilt to suit his needs; a 60-foot steel trawler, the Westerly, that he built in Victoria; a 40-foot aluminum boat, the Nor-Star he built in a hangar at the Sidney airport; and his ultimate accomplishment, the 65-foot aluminum Black Magic, a classic-looking yacht. While building Black Magic he built a 20-foot aluminum crab boat in three months, which we fished locally. The Nor-Star and Black Magic were both designed by Bill despite his never having formal training.

It was remarkable to watch them all being created when actually the boat-building was second to his commercial fishing career. Over the years, Bill fished salmon, tuna, cod, dogfish, all bottom fish, packed herring, shrimp, king crab on the northern B.C. border and crab locally. His fishing career covered the B.C. coast and entailed many adventures and good times with fellow seamen. Bill was an excellent captain, always treating the ocean with respect and showing his crew the right way to do things.

Bill liked to build other things and he had a real competitive edge when it came to racing anything. He has built dragsters, which he raced at the old Cobble Hill track and in Vancouver, a drag motorcycle, and he raced motocross bikes with the B.C. Oldtimers club all over the northwest. He often got the holeshot and we have so many good memories of travelling to races and all the good people involved. When injuries came too often in motocross racing he turned to trials riding on local trails with good friends.

Also a passion was sailing HobieCats. We raced our 16-foot Hobie on Vancouver Island and won the island championship in 1978. One really crazy escapade he did was sail the Hobiecat around Vancouver Island in 13 days with a fellow sailor.

In the mid-1970s, Bill purchased a piece of waterfront in Madrona Bay and in early 1979 we moved into our piece of paradise, a house built by my father, brother and Bill.

The winter of 1981 found us on the first of many trips driving down to the Baja. The birth of our wonderful son, Willy, was the result of this adventure. Bill was an amazing father, passing on many of his good traits.

On the completion of Black Magic, summers were spent exploring the B.C. coast and winters found us on a beach in Baja, fishing for pleasure. Bill still had to race something so we did some off-road desert racing, which was quite the experience.

Bill was the hardest-working person, he was creative and ingenious, had a great sense of humour, and could spin a good yarn with all his many friends, whom he held in high esteem. He loved nature and woke up every morning looking forward to the day.

He liked the following words: “There is a majesty in the sea that those who gaze at it from shore will never experience. The solitude and peace experienced while drifting at night on a boat, cracking crab and swapping yarns with good friends is something that can’t be fully described. The work is hard, cold and sometimes dangerous, but it is a life like no other.”

Bill, you had a full life but you left too soon and we will miss you forever.