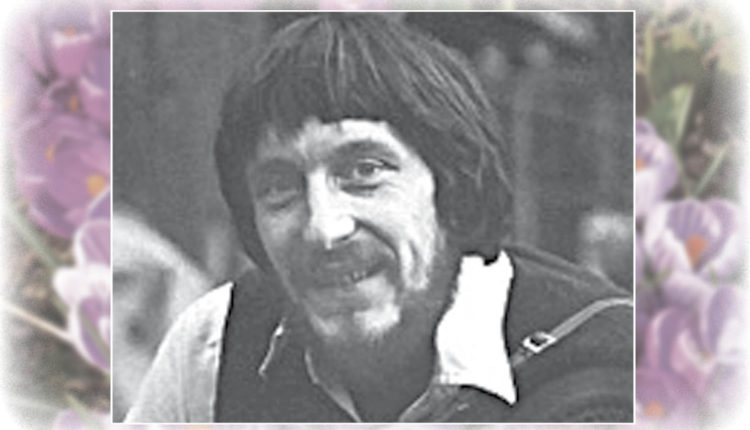 And just like that, another old guard from the South End is gone – yet not forgotten. Roger William Henry Donnelly died unexpectedly but peacefully in his sleep at home on August 14th.

Born in London, England on August 2nd, 1945 (the day the War ended) Roger came to Canada with his brother in 1968. After finding their way from Toronto to Salt Spring Island, Roger declared he would never leave and he was right. For 47 years this is where he lived, worked and played. In that time Roger hand-crafted a geodesic dome for his family to call home and put his Carpenter-Joiner trade to good work making magic out of wood for countless Islanders. He designed, built and sailed a catamaran, the junk-rigged Ogis Rose, for many years on the Salish Sea (flying the Jolly Roger, of course!). A community man, although increasingly solitary in his later years, Rog hosted weekly pool nights in his shop for the guys, shared philosophical discussions over beers at the Fulford Inn, and enjoyed playing music with friends. He loved adventures and travel but to him there was no place like home. At the end of the day it was his Reynolds Road property he loved most. Roger grew to know every corner and subtlety of the land, from the way the light looked at a certain time of day to the perfect plot to grow gardens. He had a very green thumb and took delight in feasting on fresh ripe tomatoes. A highly prolific and creative artist, Roger spent hours every day exploring light, colour and texture on canvas. Painting became his thing and mornings at his easel were sacred, brush in hand listening to CBC with his beloved dog at his feet.

Roger always said “How can I miss you if you never leave” but in the end it was he who left far too early. He will be fiercely missed by his faithful 4-legged companion Rose, devoted daughter Trinity and dearly loved grandson Jack. Family members who cleared the path for Roger were his Mum Rose, Dad Ernie and brother Eric. He leaves behind his brother Gareth (NZ), loving sister Catherine and sister-in-law Pamela, and their Families. Losing Roger touches many people’s hearts including his cherished friend, Trinity’s mum Christine and her four older children, grand and great grandchildren. And life would not have been complete without dear friends and neighbours like Garry & Bly, and Roger’s buddy Stuart.

To thine own self be true. Rog was in tune with the present moment and made contentment his priority. If we are to adopt anything from the way he lived his life it is to question our intentions by asking “Now why would I want to do that?” and to always keep it simple, sunshine.

The Family wishes to thank Christie and her team at Hayward’s, the first responders who came to help, and Cowichan Valley Crematorium for their compassionate service, and is grateful for the TLC that Jordan, MJ, Jekka and Lisa brought to the situation. To pay tribute to Roger’s life, please join the extended Donnelly clan for an informal Retrospective at Beaver Point Hall on the afternoon of September 29th from 1-4 pm.