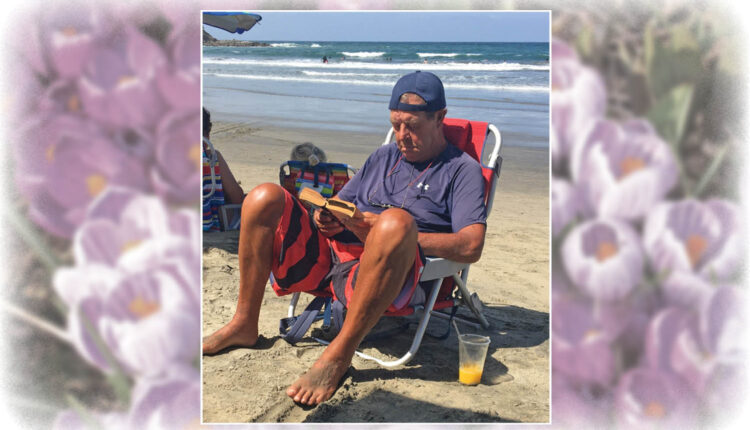 Ed de Boer passed away peacefully in his sleep on the morning of May 5th 2021  on his cherished Salt Spring Island where he resided for over 20 years. He fought many medical challenges over the past few years and passing away on Cinco de Mayo was truly appropriate due to his love of his time on the beaches of Sayulita.

Ed leaves behind his loving wife Margaret, of over 40 years. His beloved children Camilla (Eric), Oliver (Nikki) and Amanda (Cable) and his adoring 8 grandchildren will all miss his amazing stories and infinite wisdom. He also leaves his sister Marjo (Derk), brother Ronald and nieces and nephews in Holland. He was preceded in death by his parents Maria and Sjoerd and his beloved son Joris.

Ed was truly a man of the world, from his childhood to the end of his days he traveled the globe over. Ed was born in Hilversum, Holland and grew up in post war Europe where he learned how to be tough and self-reliant. He spent his formative years in Holland and Venezuela as a child, eventually immigrating to Canada in the summer of 1966 with his young family after earning his degree in Engineering. In the early 80’s he moved to the U.S. as his successful business career continued to grow. His job as CEO at Fortune 500 companies took him around the world where he was respected and admired for his intellect and hard work. The stories he could tell from his travels were spell bounding.

After retiring from corporate life and moving to Salt Spring Ed decided to become an entrepreneur owning Orca Electronics and Barnyard Grafix. This was a rewarding experience for Ed. Ed designed and helped build his house on Salt Spring with logs from his property. He also developed a love for horses. In the last couple of years Ed enjoyed volunteering at the Visitor’s Centre in Ganges and his daily trips to the local coffee shops to read his paper.

Other than his family his other true love was the ocean. Ed was an avid sailor and always had a boat one way or another. In recent years his happiest times were spent on the beaches of Sayulita with his toes in the sand or body surfing the waves of the Pacific Ocean.

He lived an incredibly full life and we are all better for being a part of it.

Our family is sincerely grateful to Dr. Gummeson, and all his caregivers at Lady Minto Hospital for the extraordinary care provided to him over the years and particularly the last few months. Thank you to Hayward’s for their incredible support.

In lieu of flowers donations can be made to the B.C. Kidney Foundation or Lady Minto Hospital Foundation.