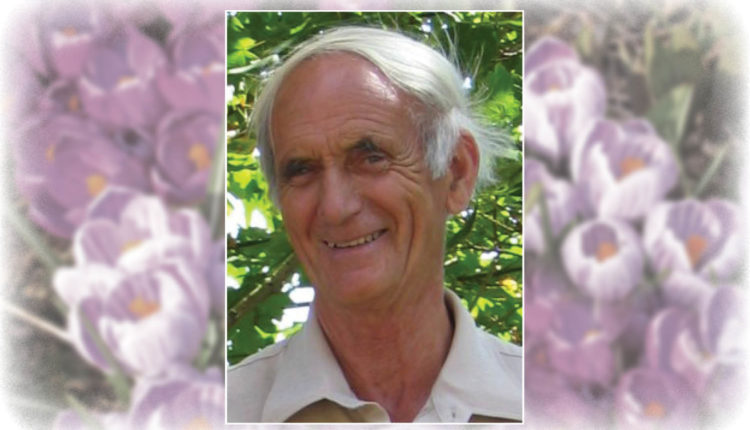 Bryan was born in 1929 in Ulverston, Cumbria England, on the edge of the Lake District National Park. In his younger years he spent many hours hiking the beautiful fells and mountains of the area. His great love for the outdoors followed him throughout his life, be it playing rugby at University, hiking, skiing, boating, fishing or simply gardening. After completing his schooling in Ulverston in 1947, Bryan fulfilled his two years of National Service in the Royal Air Force after which he was accepted into the School of Medicine at the University of Leeds. It was there in his final years of medical studies that he met Vivian and in 1955 they were married. After living and working for a short time in Stockton-on-Tees and Burton-on-Trent they, and their growing family, moved back to Bryan’s beloved Lake District and settled in the village of Broughton-in-Furness where he worked as the areas General Practitioner for several years. In 1968 Bryan and family spent six months in Kamloops, British Columbia, however, Bryan was not happy with the medical position he had accepted, and they returned to England to live in Ulverston, his birthplace. The family remained there for six years, reconnecting with old friends, making new friends and once again enjoying everything the Lake District could offer. In September 1974 the family left a second time for Canada, this time choosing Saskatoon, Saskatchewan. After several more years of Family Practice, Bryan’s hard work, his ever-expanding medical knowledge, his compassion for his patients, his love of medicine and his well-earned respect from colleagues opened up great opportunities for him. He became a consultant to the Department of Veterans Affairs and a physician at the Veterans Home located in Saskatoon. He was appointed to Chief of Staff at the Frank Eliason Centre, a long-term facility also in the city. In 1978 he was a member of the Joint Ministerial Task Force on Services for Seniors and a joint author of their report. The following year Bryan accepted the position of Assistant Professor in the Family Medicine Residency Training Programme and moved to the Family Medicine Department at the Royal University Hospital in Saskatoon. During his time there he sat on the Complaints Committee of the College of Physicians and Surgeons of Saskatchewan and the CME and Geriatrics Advisory Boards. In 1987 Bryan was appointed the Chief of Medical Staff at Parkridge Centre in Saskatoon and provided compassionate care for long term and rehabilitation patients. Both Bryan and Vivian enjoyed life on the prairies and lived there until 1991, retiring to Salt Spring Island, British Columbia. Bryan embraced island life and his love of the outdoors flourished. He purchased a boat and enjoyed many days out on the water and spent numerous peaceful hours in his garden, orchard and greenhouse. He loved taking their dog Dougal for a walk on the beach every morning; completing the daily challenge of the cryptic crossword puzzle; discussing stamps with his fellow collectors and listening to his classical music in their sun-soaked living room in the afternoons. Both Bryan and Vivian became very involved members of Salt Spring Island Seniors for Seniors, making numerous good friends along the way at Thursday lunches and enjoyable Friday coffee mornings. Over the years Bryan was both Treasurer and President of the Society. He sang, with Vivian in the popular Seniors choir, “The Lost Chords” and played the trombone in the community band, “Bandemonium”. During all these busy, active years they spent many fun and memorable holidays with their large, ever expanding family. Entertaining grandchildren with tractor tours of their property, morning treasure hunting expeditions on the beach, making delicious blackberry jam with freshly picked berries, playing games with them in the evenings and relaxing in their hot-tub. Bryan and Vivian travelled back to England annually to visit family and many great friends whom they had known for years. They discovered the delights of sun-soaked Hawaii and Puerto Vallarta, Mexico and even ventured as far afield as New Zealand. In 2016 after more than 25 wonderful years on Salt Spring Island, Bryan and Vivian moved to a retirement community in Victoria and in July of 2017 were welcomed to the Sunrise Assisted Living Residence. During his final years, Bryan struggled with advancing dementia which was a difficult and very emotional time for his family, but he remained quite content and uncomplaining while slowly losing touch with the world. He still enjoyed family visits and lived to see his 90th birthday in April when nineteen family members travelled to Victoria from across Canada and the United States to celebrate with him.

Bryan’s family will be forever grateful for the always welcoming staff at Sunrise Assisted Living and for the gentle, compassionate care given to both of their parents.

Dr. Bryan Dawson made an impression on many people over his lifetime; patients, colleagues and friends and most of all a family who appreciated and loved him so very much. As all of their lives go forward, he will be deeply missed.

Contributions in Bryan’s memory can be made to: The Alzheimer Society of Canada