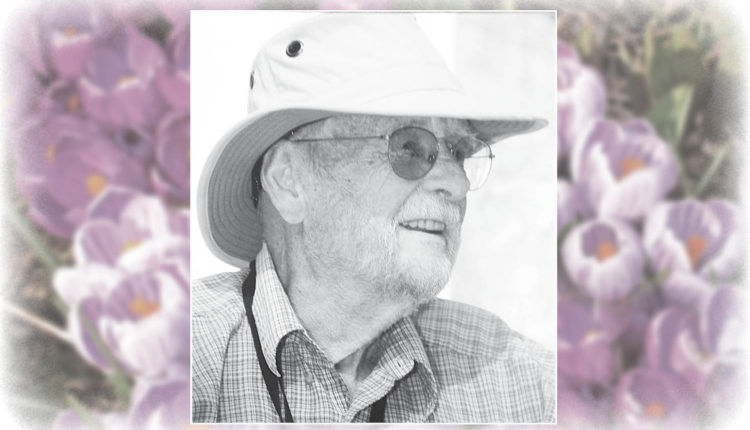 John Davies died peacefully on Saltspring Island after a long, slow decline with dementia, which never affected his enjoyment of family and friends. He is survived by his much loved wife, Noreen. He will be greatly missed by his children, Gillian and Michael (Pamela) and his grandchildren Joshua, Evan and Sarah, as well as his sister Ann, and his nieces and nephews Diana, David, Valerie, Christopher, Sue and their families.

Our sincere thanks to Dr. Reznick for his care of John for over 20 years, to his caregivers Tema and Janet, whom he loved and who brightened his days. Also to the wonderful staff at Lady Minto hospital whose love, caring and compassion made his last 14 weeks as comfortable as was possible.

John and Noreen retired to Saltspring Island from West Vancouver in 1993, where they made many new friends who became very important and supportive in their lives. They also enjoyed visits to the island by friends and family from around the world.

John was born in Lallaguda, India and as a small child returned to England where he grew up with his older sister Ann. After serving in the RAF, he graduated from Faraday House in London with his Mechanical Engineering degree and later studied Hydro Electric engineering at Imperial College, London, which launched a career which took him around the world. John came to Canada in 1955 and married Noreen on July 2, 1960 in Chenies, England, returning to Ontario where they lived for 11 years and started their family, before coming to British Columbia in 1971.

He lived an extraordinary life, with a sparkle in his eye and a quick wit. He was loved by all who met him. Over the last part of his life, the overwhelming sentiment felt by those around him saw him as “such a lovely, kind and gentle man” – the way he was throughout his life. He will leave a hole in many people’s lives and will be thought of often and fondly. Go in peace John – you will live on in our hearts and be remembered always!

A memorial service will be held at All Saints Anglican Church on Saltspring Island at the beginning of August (date to be announced in the next Driftwood). In lieu of flowers, donations to Lady Minto hospital would be appreciated.

Tons of treasures at ArtSpring fair