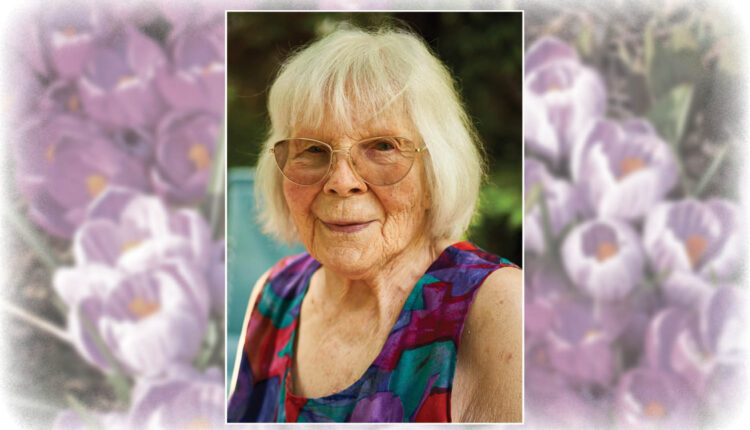 Dorothy was born in Denver, Colorado, and grew up in Warrenton, Virginia. She loved scuba diving, becoming the first female diving instructor in the State of Florida. In 1965, she took off from Fort Lauderdale, Florida on a cross-country camping trip with her children, discovering a passion for the outdoors that inspired her for the rest of her life. Dorothy loved sea kayaking and was completely fearless. She took many solo kayak tips to the Baja Peninsula, Costa Rica, Belize, and all around the San Juan Islands and Canadian Gulf Islands.  In 1990, at age 59, Dorothy won 3rd place in the Sound Rowers Race, Women’s Single Kayak division.  She was an avid sailor, discovering Salt Spring Island, which became her beloved home in 1992.

Dorothy was catapulted into activism by the Chicago riots during the 1968 US Presidential election. Outraged by police violence against protestors, Dorothy became a Precinct Committee Person, and then a volunteer lobbyist for the Washington Environmental Council.  Dorothy was a champion for the environment, working tirelessly to protect the shorelines of Washington State, on initiatives to limit nuclear arms, to raise awareness of climate change and to preserve the beauty of Salt Spring Island. In 2002, she drove across Canada in her hybrid Honda to bring a copy of Bob Hunter’s book on climate change to every member of the Canadian Parliament. Island Trust recognized Dorothy in 2010 with the Community Stewardship Award for her West Coast Climate Equity website and climate change education work. Dorothy’s focus the last several years has been on her wonderful organic garden, a place of beauty and peace.

Dorothy became a Canadian citizen July 3, 1998, the greatest honour of her life.  One of her final wishes is to have the following language added back into the Certificate of Canadian Citizenship:

“As citizens, you must uphold the principles of democracy, freedom and compassion that are the foundation of a strong and united Canada”

Her family would like to extend their deepest thanks and appreciation for the loving kindness and care Dorothy received from her many wonderful nurses, as well as their gratitude to Dr. Slakov and Dr. Butcher for their loving ministrations at the end of her life.

Donations in lieu of flowers can be sent to Dying With Dignity Canada, donations@dyingwithdignity.ca.