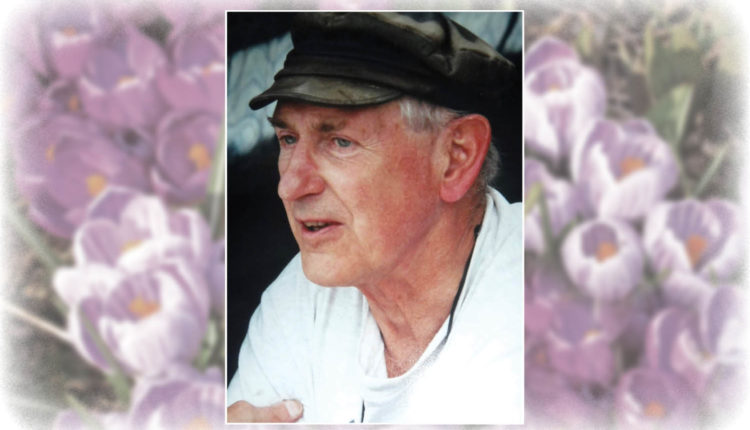 Frank was born in Wilmslow, England Feb 8th, 1933. He attended Manchester Grammar School followed by medical school and 3 years of military service in the Royal Navy. He met Lynne Sparkes in Portsmouth in 1960 and they were married a year later.

Frank and Lynne emigrated to Canada in 1966 with their 2 boys to work as a GP in rural Ontario. In 1970 the now family of 4 moved to BC to specialize in Radiology, settling in the Fraser Valley to raise their family on a small farm with room for their dogs.

In 1976 a fortuitous conversation led to purchasing a share of the Maracaibo Estate on Salt Spring Island. The property became a happy retirement home in 1997 after many happy summer vacations.

A celebration of Frank’s life was held at Lady of Grace on February 18th. We know Frank would have appreciated everyone who was able to attend or would of liked to attend.

The family thank all those that were so supportive in his last weeks of life, including Dr Beaver, the kind nurses at Lady Minto Hospital, Christie Doyle at Hayward Funeral Services and Father Scott Whittemore.

Memorial donations in memory of Frank Cooper can be made to the Lady Minto Hospital Foundation by visiting their website: http://ladymintofoundation.com