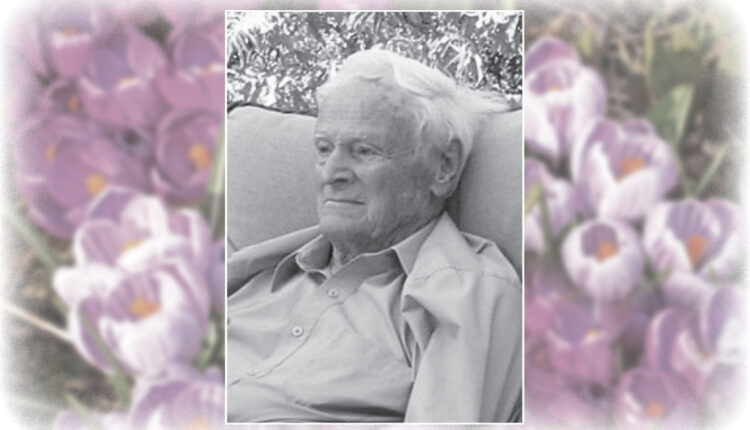 Tony was a devoted husband to Betty for nearly seventy years; a father to three children: Wendy and her family: Tom, James and Susan; Kathy, with Thomas, Christel and Ron; and David with Sherri, Paul, Alana and Chelsea; and great-grandfather of 9, scattered across Alberta, Australia and Salt Spring Island. Ten years ago Tony and his twin sister Anne Ayre also met their half-brother John Clare in England – a relationship that has enriched their lives, as well as adding nieces and nephews in the UK to those spread across North America.

Tony was born in Vancouver, where he and Anne made friends with Betty and Bill Jenkins, who moved to Ottawa during the war. Tony contacted Bill when he went to Ottawa one university summer holidays, met Betty again – and that was that! He joined the University Air Training Plan while at U.B.C. in 1950, briefly flew DC3’s for CP Air, then joined the RCAF as a Flying Officer in 1954.

In 1956 the squadron was transferred to Marville, France to provide all weather defence for NATO; two years later Tony was transferred to an intelligence job at Air Defence Headquarters in Metz, France. He and Betty loved their time in France, using it to explore much of Europe and form lifelong friendships. After postings to Penhold, Alberta, NORAD Headquarters in Colorado Springs, Toronto and Nova Scotia, he retired in 1976.

Although he loved flying, Tony was also a passionate sailor, perhaps stemming from his early childhood on a boat in Vancouver harbour. Later, in Colorado, he involved all the family in building a ten-metre sloop which was finished in the backyard in Scarborough, launched at Trenton, and for her maiden voyage, sailed down the St. Lawrence to Shediac, NB – complete with three children, two dogs and two guinea pigs. (The horse, who had also travelled from Colorado to Toronto, was trailered separately.) For three years home was an Annapolis Valley farm, where another four horses and a cat were added to the family. On transferring to Halifax, he and Betty, with son David, started building Takuli, a 13-metre cutter, to fulfill a lifelong ambition of ocean sailing. In 1977 the three of them, with another crew member, two dogs and a cat, set sail for the Caribbean, then through the Panama Canal, to the Galapagos Islands and across the Pacific to Hawaii before eventually arriving on Salt Spring.

While still living on the boat, they began building their house on Sunset Drive; Tony then went on to another career as a house builder, aided by the experience of renovating the many houses the family had lived in during his air force career. Eventually he sold Takuli, bought a smaller sailboat, and for Betty’s 80th birthday rebuilt a Nordic Tug to continue exploring the Gulf Islands.

Tony was also a committed dog lover and was rarely without a dog in his life – from Rabiot, the French cart dog his rum-runner father rescued in Mexico, through many dachshunds to his last little Missy, who is providing Betty with great comfort now. However, to his children and grandchildren, his most noted dog was Freda’s great-great-great grandfather, the hero of many tales on long car trips and bedtime stories.

Tony was an individual: courageous, loving, curious and innovative.  He will be fiercely missed.