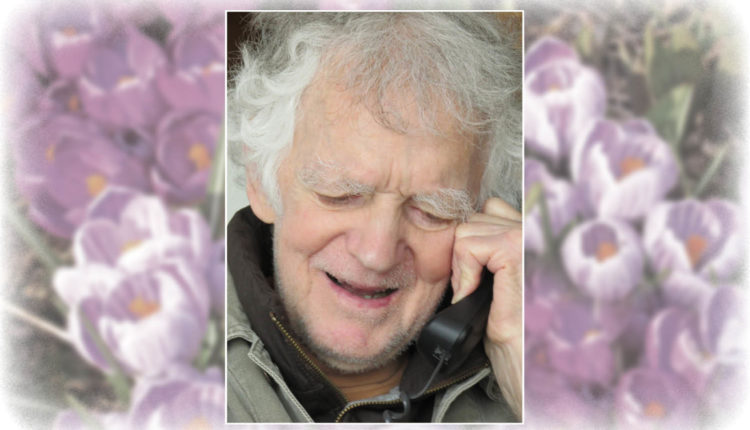 Born in New York to his surgeon father, Francis Brewer, and mother, Esther Irwin, George died peacefully after a brief stay in Lady Minto hospital. He leaves behind his beloved partner of 46 years, Honor Griffith; his sister’s husband,  Arthur Berlowitz; nephew, Colin; niece, Antonia Bramble (Bill), and their two children, Isabelle and Orion; brother-in-law, Michael (Rusi); sister-in-law, Margaret Bohannon and the entire Griffith clan; his goddaughter, Emily Paddon Rhoades, as well as a host of amazing friends who adored him.

Pre-deceased by his parents, his brother John, and his sister Sara, George comes from old New England stock on both the Brewer and Irwin sides of the family. His mother Esther was the daughter of missionaries and grew up in China. At the age of one, Esther and her family were rescued in a small gun boat by the Governor of Shantung two hours before the Boxers arrived with an order to kill all foreigners. She returned to teach in a girl’s school in her hometown in Shantung, where she met Francis, a medical missionary. Recognized as a highly skilled surgeon, Francis would, on occasion, be kidnapped by local warlords to operate, without anaesthetic, on their wounded soldiers. The couple married and subsequently returned to the United States.

George spent his childhood in Connecticut and on the family estate in Westfield, New York. He studied for a BA in Economics at both Oberlin and Wooster (his mother’s Alma Mater) colleges, and for an MA in Sociology at the University of Toronto.

A man of many parts, George served as a captain in the Marine Corps, ran a small furniture factory in Kentucky, built ships in Seattle, cathedral pipe organs in Washington, DC, and designed and crafted the interiors of classic wooden boats in Toronto. As a teacher and mentor, he inspired others with his keen sense of proportion and beauty, his love of fine tools and his excellence in craftsmanship.

Immediately after moving from Toronto Island to Salt Spring, when George was in his early 50’s, his health became seriously compromised, preventing him from functioning at the level which he had enjoyed. In spite of this set-back, he re-fashioned himself as a blacksmith and was instrumental in the formation of the Salt Spring blacksmithing group. With his large capacity for friendship and his wonderful sense of humour, he quickly became part of the fabric of island life. Typically, he could be spotted emerging from his white VW camper van with his signature green ‘frock coat’ flapping behind him.

Music was an integral part of George’s life.  He played the guitar, cornet, bass horn, and accordion. Rarely did a day go by without hearing the strains of an aria from Aida or of a traditional Irish folk tune floating through the house: most often coming from his accordion, but latterly, when he could no longer play, emanating from his I-pad.

That he lived to the ripe age of 86 is astonishing. Although he was struck with a rare disease five years ago which robbed him of the use of his hands and his feet, his unabated zest for life kept him engaged, researching and writing to the end. His sweet temperament, in the face of frustrating physical challenges, continues to be an inspiration to all who knew him. And with his engaging personality and deep appreciation for those who tended him mornings and evenings, he formed meaningful friendships with many of his caregivers.

Philosopher, craftsman, inventor, activist, with a droll sense of humour, George was an enormously entertaining  and fun person to be around. He had a sharp mind and quick wit, but he will be remembered above all for his unique turn of phrase, his kind heart, and for being entirely his own person.

George had great respect and admiration for the work of his brother-in-law, Michael Griffith and wife, Rusi, whose organization is dedicated to serving the needs of mothers and children at risk in the Taita region of Kenya. In lieu of flowers, any donations to angelspringsreliefkenya.wordpress.com would be greatly appreciated. The donation website is https://paypal.me/pools/c/80XRehhiNs

We will be celebrating this remarkable man’s life on
Saturday, February 10. For further information,
please call Honor at 250-653-9272.