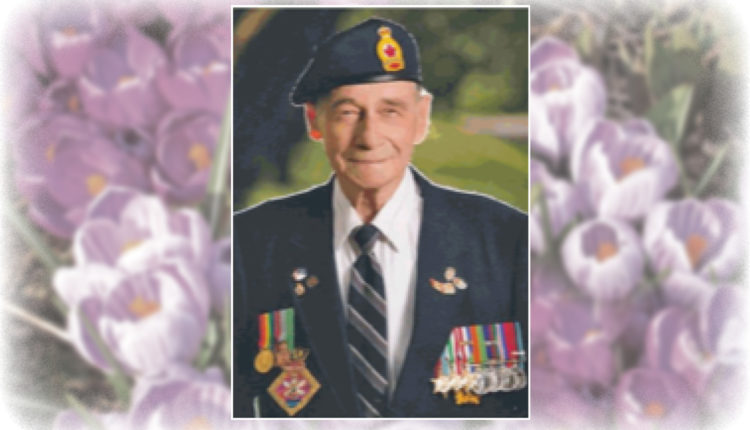 Grandpa was born on April 4th, 1925 in Northern Ireland. He came to Canada as a baby and settled with his parents in Sedgewick, Alberta, a small hamlet southeast of Edmonton. He was the oldest of six children and he first left home at age 14 to work in the local creamery. He joined the navy when he was 18 and, when he was 19 years old, he took part in D-Day, navigating the ship to the beaches of Normandy. After the war, he found his way to Yellowknife, where he worked in the gold mines. He met my grandmother, Edna Braiden, in Edmonton around this time. Together they raised four children while Grandpa was also tending to his business, Braidnor Construction. Grandpa and Grandma then moved to Tofino, B.C., where they played an important role in the development of the Pacific Rim Campground and the area around Cox Bay. In their later years, Grandma and Grandpa divided their time between Edmonton and Borrego Springs,

California. In addition to his 4 children, Grandpa had 10 grandchildren and 6 great-grandchildren. He was a very generous man and lent to his support to all sorts of charitable causes, both in Edmonton and abroad (I am thinking of all of the ‘foster’ children he had in places like Guatemala and Nicaragua).