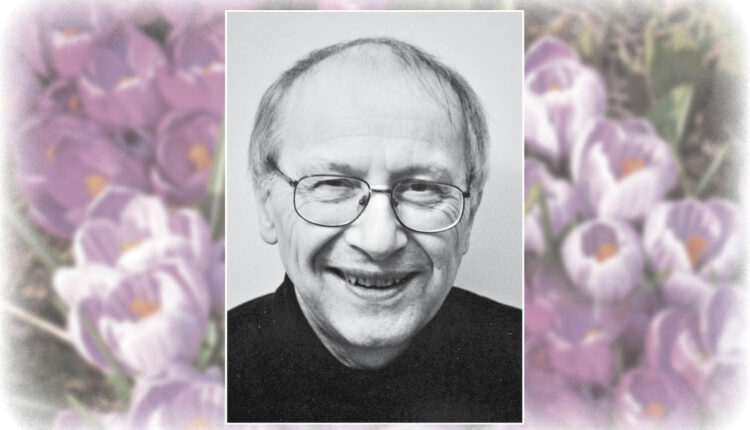 Laurence (“Larry”) passed away on Boxing Day in Lady Minto Hospital on Salt Spring Island. Son of Louis and Madalena Bongie, he was born in Turtleford, Saskatchewan, and no matter how far he went in life, geographically and intellectually, he never lost touch with his northern Saskatchewan roots and the memory of that one-room schoolhouse near Fairholme which he attended with his beloved sister Alda.

After moving with his family to Vancouver in 1944, a love for literature and philosophy took him first to the University of British Columbia and then to Paris, where in 1952, at the ripe old age of 22, he received a doctorate from the Sorbonne. Upon his return to Vancouver in 1953, he took up a teaching position at UBC, eventually becoming Head of the French Department in 1966, a position he held until his retirement in 1992. Elected a Fellow of the Royal Society of Canada in 1998, he continued to add to a series of groundbreaking studies of eighteenth-century France that culminated in 2004 with his sixth book, “From Rogue to Everyman: A Foundling’s Journey to the Bastille,” which beautifully exemplifies his passionate engagement with archival research and buoyantly dissident approach to social history. During all this time, his loving wife Bettye oversaw his transition from motorcycle-driving bohemian in the 1950s to Subaru-driving contrarian in the 2010s. Starting in 1973, Larry and Bettye spent most of their free time at “the farm” on Salt Spring, where they moved for good in 2010. After Bettye’s death in 2013, Larry persevered, working on French translations of his last two books, taking many a thoughtful stroll down Philosopher’s Walk, and excelling, late in life, at the fine art of being a grandfather. Diagnosed with terminal cancer in February 2019, he died as he would have wished, strong in mind (if weak in body), dispensing anecdotes and jokes in that inimitable fashion which enlivened so many leisurely lunches and dinners at the UBC Faculty Club during its golden years.

A loyal son, a fiercely protective father, and a doting nonno, Larry is survived by his sister Alda, his son Chris (Ishita), his grandson Ishaan, nieces and nephews Rick (Carmen), Terry, Laurel (Drew), and Margot (Leo), along with many other cherished relatives and friends.

Goodbye, Larry, we will miss you more than you’d care to know. In lieu of flowers, please send donations in his name to the Lady Minto Hospital Foundation as a token of our collective thanks for the care provided Larry in his final days.