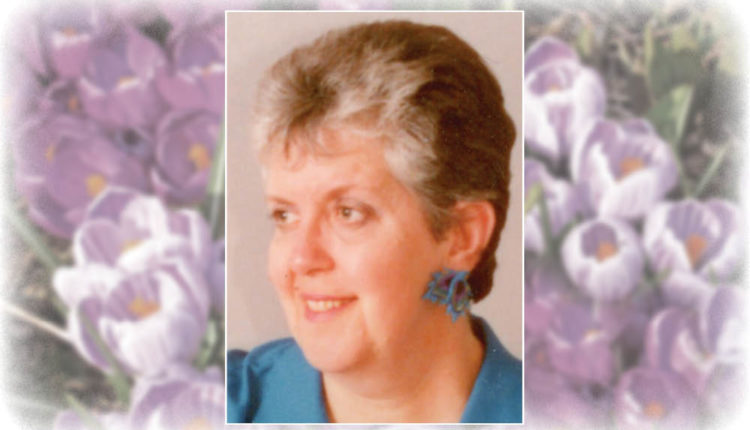 Ingrid Boesel was born in Vienna, and came with her family to Hamilton, Ontario in 1951. She graduated from McMaster University with a BSc in Biological Science and then worked as a lab assistant with McMaster Plant Physiologist Ann Oaks. Later she moved to Toronto, working in Medical Sciences in the University of Toronto. There she discovered her passion for handweaving at the Village Weaver on Church Street, and soon became an instructor for beginning weavers. Ingrid was afflicted with scoliosis from an early age, needing surgical intervention in Hamilton in 1953. While in Toronto, the scoliosis became more severe, and in 1972 she had a second major surgery to insert a rod to straighten her spine. For convalescence, she joined her parents in California where her father, an electrical engineer, had worked on the motors for the Lunar Rover. On return to Canada in 1973, she starting to work once more for Ann Oaks at McMaster, and there met her future husband, Bob Keates, a post-doctoral researcher in the Biochemistry department. When Bob moved to the University of Guelph to become Assistant Professor of Chemistry, they bought the house in central Guelph where they were to live for 31 years. They married on St Patrick’s Day in 1978, a union that was to remain happy for 40 years. Ingrid shared Bob’s interest in photography, and they enjoyed camping, hiking and canoeing in the Bruce Peninsula and in Killarney Provincial Park. In 1985, Bob took a sabbatical year in Santa Barbara, which gave Ingrid a chance to be near her parents in the last year of her father’s life. Finding that they could live just on Bob’s salary, Ingrid took the opportunity to devote her full time to weaving. By the mid 1990’s, Ingrid had gained wide recognition in the weaving world, with many articles in weaving magazines, and invitations to teach in N. America and the UK.

Ingrid’s scoliosis became critical again in 1998, requiring major surgeries in 1998 and 1999. The 1999 surgery was successful, but 11 hours under anesthetic may have initiated the memory problems that appeared many years later. In 2002, Ingrid and Bob bought property on Salt Spring Island, looking ahead to eventual retirement and escape from Ontario winter. They moved into their new home in February 2009, but in 2012, she was no longer able to do any complex craft work. In 2015, another surgery was needed to remove a parathyroid. This partly restored her physical ability, but sadly only slightly delayed the memory loss. September 2018, she came to Lady Minto Hospital with her final critical illness, and began a slow decline over the next ten weeks, finally slipping away to a place of peace. Heartfelt thanks go to Dr Butcher and Dr Leon and the Lady Minto nursing staff for the care and comfort provided in those final weeks.

Boil water advisories given all clear