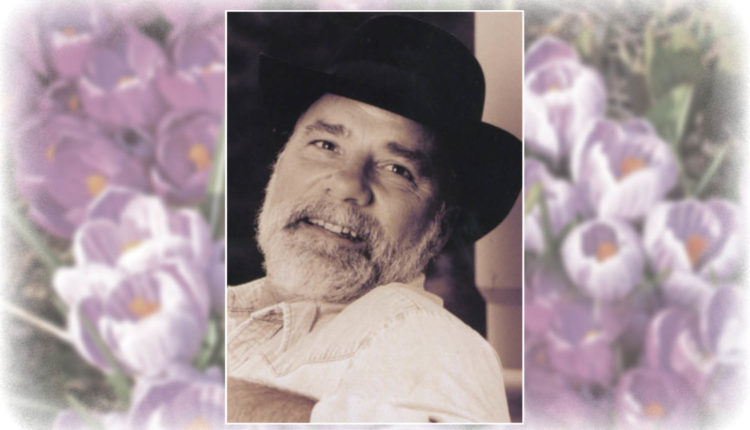 Thank heavens we’ve lived in this wonderful, supportive community of Salt Spring for 21 years. My sweet boy Art, left us on Feb 21st, 2018 after a six week struggle with pancreatic cancer. Facing this huge loss without the love and support we received from friends and family would have felt unbearable. Art died peacefully at Lady Minto Hospital surrounded by loved ones; his partner of 41 years Lynne Raymond, his step son Daniel McClain, his brother Jim and sister-in-law Jane Black and their girls, Ruby and Molly, his friends John Pottinger, Judy Mitchell, Chris Straw and wife Margy Gilmour, and his excellent medical support team.

There was a lot of love in that room!!

Art was certainly his own man and fearlessly so! In the outpouring of messages of support, many others seemed to appreciate the multi-faceted, complex person that he was… some perhaps in spite of it. Most of all he could make us think and laugh at ourselves.

After a few years of odd-jobs and meandering through Europe, Art started his career as a farm reporter at CBC Toronto in 1972, and later moved to Thunder Bay to host a Radio Noon show with partner Lynne as his producer. He also wrote a weekly column for Lakehead Living from 1976 to 2016 which later expanded to about 50 newspapers across Canada. In 1983, Art began hosting a national radio show from Thunder Bay and continued to do so after we moved to southern Ontario in the Elora/Fergus area from 1985-1995. In l995, we moved to Salt Spring Island (best move we ever made) and he continued Basic Black until 2002. During these years he also hosted television shows, Weird Wheels and Weird Homes, and later made regular appearances on CBC Radio’s All Points West in Victoria. Over his lifetime, Art also managed to write 19 books and was awarded the Stephan Leacock Medal for humour 3 times.
Art’s producer on Basic Black, Chris Straw said “It would come as no surprise to those who have been fans of Arthur’s work that he faced it all with his own unique combination of defiance and good humour”.

There is a large hole in our lives now and we will miss him more than words can say.

The family wishes to thank the wonderful, caring nurses who helped us immeasurably and kept Art’s last weeks as comfortable as possible. Special thanks to Drs. Ron Reznick and K.J. Trouton for their care and compassion.

In lieu of flowers, anyone wanting to make a charitable contribution in memory of Art, please consider donations to the Wildlife Natural Care Centre or the Salt Spring Conservancy.