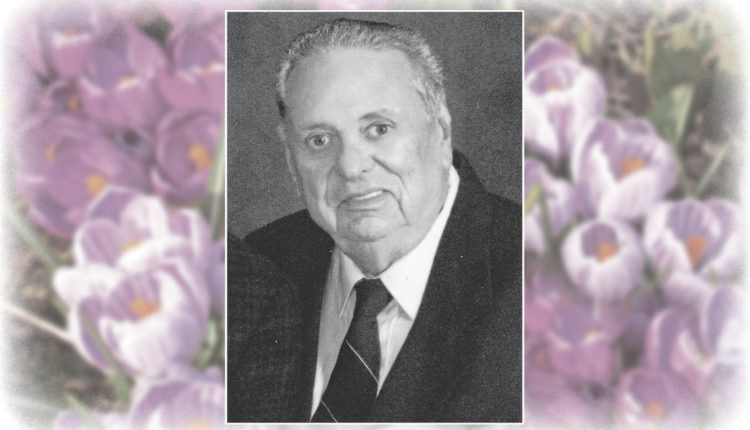 It is with sadness we announce the passing of our husband and father Bob, who passed away peacefully at Lady Minto hospital on April 20, 2020.
Bob was born and raised in the Riverdean suburb of Swift Current., Saskatchewan. He spoke often of his idyllic childhood and for the last three years of his life he returned to his hometown to revisit old memories with his friend Howard Gowan.

Bob joined the Air Cadets in 1943 and started his life-long association in the aviation industry. He flew commercially and instructed aviation students until he earned his Air Mechanics Engineer license. Thereafter, he teamed-up with Mobil Oil Aviation and took his family to Libya for an overseas assignment in the late sixties. Bob was Chief Engineer (Aviation) the last eighteen years of his professional life with Pan Canadian Petroleum, Calgary and West Coast Energy, Vancouver. Upon retiring, he with his dear friend Ted Coombes volunteered their skills at the Air Museum in Sidney. With great enthusiasm he overhauled and maintained three ponies (vintage Mustang cars) and entered them in many Show & Shine venues here on Salt Spring Island and Vancouver Island. A special place in his life was also reserved for his beloved Scottie dogs.

Bob was predeceased by his parents Joe and Georgina Bell and son Cameron. He leaves behind his wife of 66 years Lorraine and son Kenneth, brother Hartley (Joyce), nieces and nephews. A farewell gathering with his family was held at his home with his family and brother and sister-in-law Dawn and Bob Shaak. A Dogwood tree was planted on the acreage as a living memorial to his life. He spoke of great satisfaction of his years on this earth and often said he would do it all over again in the same way.
We thank you for the memories.

Our thanks to the Lady Minto staff for their exemplary care. No service is planned but if a donation to your favorite charity is made, thank you.