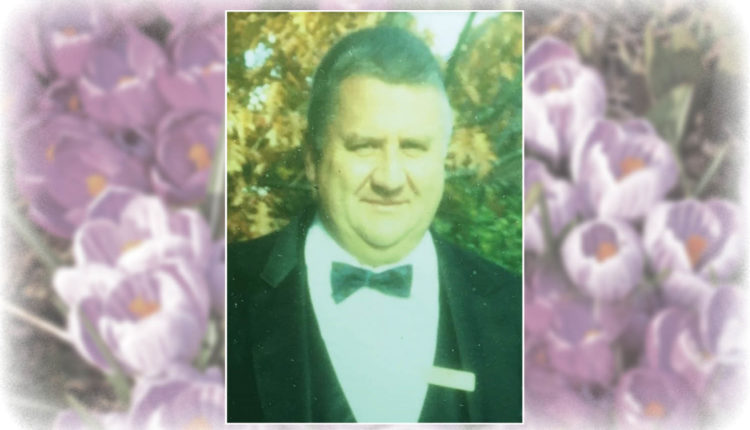 Bert peacefully went to be with the Lord on the evening of December 11, 2018.

Bert was born July 5th, 1945 in Penticton, BC, the eldest of six children born to Albert and Theresa Beitel. He grew up in Rutland in the Okanagan, graduating from grade 13 in Kelowna and started a summer job for the CIBC which lasted 35 years. His first transfer was to Revelstoke followed by terms in Prince Rupert, Victoria, Courtenay, Penticton, Ocean Falls and finally twenty years of service in Ganges.  Bert met the love of his life, Patricia, in the spring of 1970 in Victoria.  They were married in December of the same year and in the following years had three children.

Bert was transferred to Salt Spring Island in March 1978 and spent twenty years as the branch manager in Ganges, retiring in December 1998.  He was an active community member and was often seen volunteering as a cook for community events such as the Soup’s On program at the Anglican church, Thrifty Foods Fundraisers, Pancake Breakfasts at Our Lady of Grace, the lunch program at St. Vincent De Paul -Ozanam Centre in Victoria or the Tony Head Memorial Slow Pitch Tournament on Salt Spring. He also served as a Trustee for School District 64 and was a member of the local Rotary and Lions Clubs.

Predeceased by his mother and father, Albert and Theresa Beitel, he will be lovingly remembered by his wife Pat, their children, Jenny Sequeira (Dwayne), Michelle Mullin (Rich) and Dean Beitel. Grandchildren Danielle Head (Eric Taylor) Sophia Mullin, Danika Mullin, Gabriel and Marisa Sequeira, and Great-Grand Daughter Addison Taylor.  He also leaves his brothers, Rick, Larry and Terry, his sisters, Lorraine and Gail and their families.

In lieu of flowers, the family requests donations be made to the BC Renal Agency, or the local food bank on Salt Spring Island (Island Community Services). Many thanks and appreciation to all those who cared for Bert, including the nursing staff at Lady Minto, the home care nurses on Salt Spring, Dr. Stigant at the Kidney Clinic in Victoria, Dr. Crichton on Salt Spring and the many other health care professionals that Bert encountered over the years.

The Family would also like to extend a huge thanks to all of those who were able to attend Bert’ s Farewell party a few weeks ago. He was truly fortunate to be a part of such a supportive and caring community.

Funeral mass will be held at Our Lady of Grace Church, 135 Drake Rd. on Salt Spring Island, BC at 11am on Saturday December 22, 2018. Reception to follow at The Royal Canadian Legion, 120 Blain Road.

Viewpoint: Safe road use encouraged for all