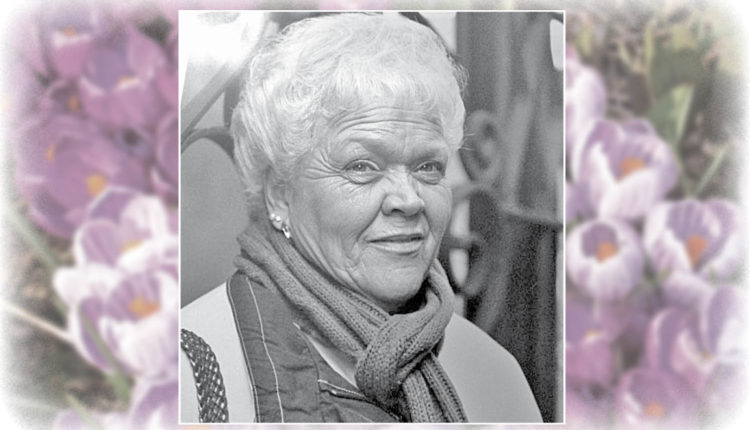 It is with great sadness that we announce the passing of our beloved mother and grandmother who passed suddenly on Friday, June 26th, 2020, at the age of 74. Shirley will be fondly remembered by her common-law spouse Pat Shouldice, daughter Sherry Ladd (Karl), grand-daughter Jessica Barnes (Brad), great-grandson Easton Golbeck and her best friend of 35 years Jamie Armstrong (Ed).

Shirley was born in New Westminster and moved to Saltspring Island with her family in 1973 where she had a 58-year career as a hairdresser. She bought the Dutch Beauty Salon which she owned for a number of years where she was very well known for her hair styling and was held in high regard by her clients. She even had a few famous people sit in her chair. She sold her business and went to work at Island Magic Touch Salon before her father built her a salon on their property on Swanson Road.

Shirley caught the travel bug which took her on some unforgettable trips around the world. These would include a trip to Jamaica, a couple to Hawaii, a few extended trips to England and many trips around the U.S. with her best friend Jamie.

Shirley was well known for her jewelry, you could not miss her with her collection of necklaces, bracelets and rings. She had long glamorous, well manicured nails that she kept in pristine shape. And, let’s not forget about her signature beehive hair! She had a love for flowers and plants. She had beautiful flower beds, with trinkets of fairies, hummingbirds, angels and wind chimes.

Shirley was the one to keep in touch with extended family, still writing letters and cards at Christmas each year. She was very fond of her family. She spoiled everyone close to her, even the fur babies. Shirley was an amazing mother and grandmother. She was our confidant; we could tell her absolutely anything without receiving any judgement from her. She would support us through thick and thin, she made sure we were taken care of. Her bond with her grand-daughter was like no other. Even though she was not able to spend the time she deserved with her new great-grandson, she was so proud of him.

Shirley was a special woman who was also kind and classy. She always saw the good in people and rarely had an unpleasant word to say about anyone. She truly was one of a kind and her infectious laugh will be missed by many.

We love and miss you more than words can express. You were a beautiful soul, now fly free, sweet angel.

Cremation has taken place. As per Shirley’s request, there will be no service.