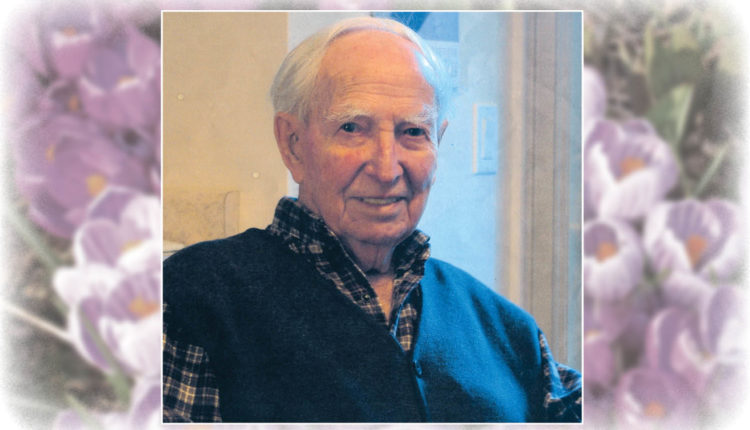 His passions included music, photography, hiking and travelling which he did with zeal, as well as being a skilled woodworker and builder of canoes. He was a member of the Victoria Outdoor Club and the Salt Spring Island Trail and Nature Club.

Bob was predeceased by his parents, David and Naomi Ball, and his siblings Ruth, May and Jack. He is lovingly remembered by his wife Betty, sons Michael (Jenney), Tony (Sarah) England, granddaughters Christina (Steve) and Sarah (Mitch), and nephew Stephen (Tammy), as well as family in England and Australia.

He served with the RAF during WW II being stationed at the airfields in England, Canada and India. While posted to the RAF base at Patricia Bay, BC, he fell in love with the Saanich Peninsula and was determined to return to the area after the war. Thus it was that Bob immigrated to BC, with his first wife Nora and son Michael, in 1950. The family settled in the Royal Oak area of Saanich where he lived until his retirement from the Saanich Municipality in 1975.

It was 1975 that Bob met Betty Bell. Getting married in March 1976 they moved to Salt Spring Island and built their home on Mt. Belcher Heights. Here they lived until 2009 when they moved into Meadowbrook seniors living complex in Ganges.

In Lieu of flowers we would suggest a donation to the Salt Spring Conservancy or Greenwoods Elder Care foundation.