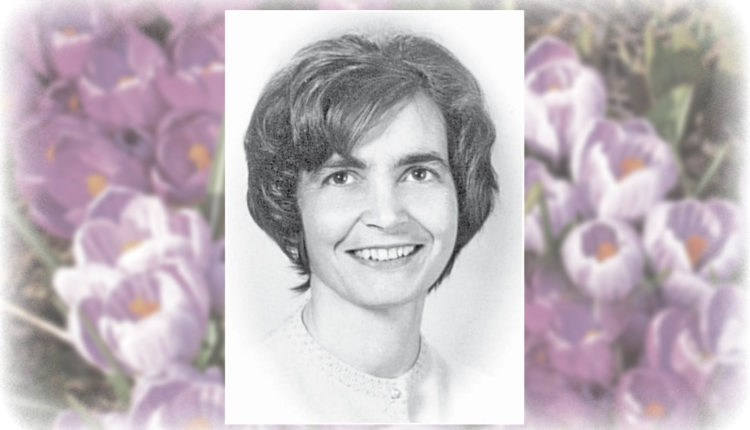 On Monday, 1 April 2019, Alison Patricia Bailie (Pat), passed away at the age of 83 at Edmonton, Alberta. She was born 25 November 1935 in Edinburgh, Scotland, daughter of William and Annabelle McLaren. Pat was predeceased by her beloved husband Ken. She will be sadly missed by her children, Fran (Patrick), William, Alison, and Rachel (Greg); her grandchildren Arthur, Erik, and McLaren; her sisters Lynda and Aileen; and her many friends.

Pat embraced learning with endless curiosity in reading, travel and conversation. In the early1960s, she travelled on her own to Australia to teach. In Melbourne, a chance meeting brought her together with a fellow traveller, her lifelong best friend, Ken Bailie. Together they explored the world as he worked in various locations, including brief stops around the South Pacific, Indonesia, with longer residences in New York City and Iran before returning to Ken’s birthplace in Calgary to raise their children. Later, Pat moved to Salt Spring Island for ten years before relocating to Edmonton.

Books are the mirrors of the soul. – Virginia Woolf

Memorial services will be held in Calgary and on Salt Spring Island (details to be announced). In lieu of flowers, donations may be made in Pat’s name to PLAN Canada.