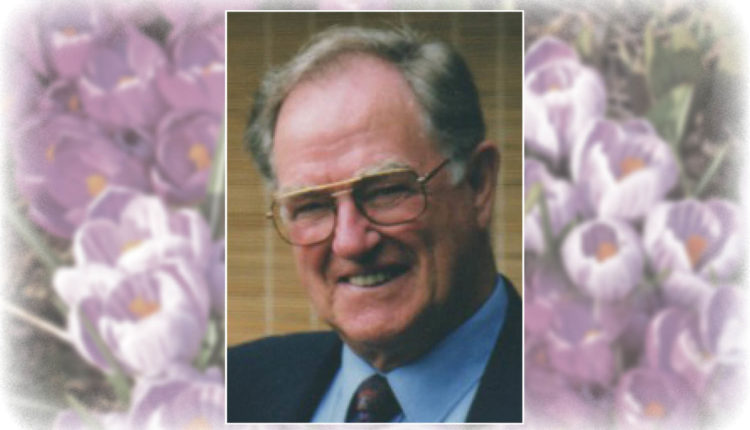 Rod was predeceased by his wife, Kathleen Bailey (nee Standbridge), his mother-in-law, Kathleen Charbonneau, his sister-in-law, Patricia Heller and is survived by Kay’s sisters, Bea Brady and Anne Shaw (Alan).

Rod was a native of Okotoks, Alberta where his family ranched and farmed for many years. As the middle child, Rod knew that his future lay away from the farm. Rod obtained certificates in electric welding and diesel at Olds College, Alberta and attended the Christian Leadership Training School at Naramata, BC where he met and fell in love with Kathleen.

Following graduation from the University of British Columbia with a degree in Agriculture specializing in Animal Husbandry and Agronomy, Rod became an agricultural development specialist and administrator. Rod began his career with the BC Department of Agriculture as a District Agriculturist in Vernon, BC. Rod then served in Ubon, Thailand under the Canadian Colombo Plan for 2 years. Returning to BC, Rod again served with the BC Department of Agriculture followed by the United Nations, Food and Agriculture Office, in Rangoon, Burma (now Myanmar). Rod then completed graduate work from Colorado State University in rural sociology and University of Wisconsin in resource development and research methodology.

Following his overseas assignments, Rod and Kay wanted to ensure the kids could complete middle and high school without interruption, so following a brief stint as District Agriculturalist in Killarney, Manitoba, Rod became the area development officer and then general manager of West-Man Regional Development Corporation in Brandon, Manitoba from 1966 – 1974.

Then Rod found a new passion – restoring old farm equipment including tractors, binders and threshing machines as well as other farm equipment such as grinders and tools. He became a member of the Farmer’s Institute of Salt Spring Island and joined a wonderful team of like-minded gentlemen including Merv Walde, Ted Dodds, Robin Reid, Bruce Manley, Larry Fraser and others.
The family would like to thank Dr. Reznick and the wonderful medical team of nurses and assistants at Lady Minto Hospital, Salt Spring Island. In addition, we are grateful for the assistance of the medical team at the Canadian Cancer Society headed by Dr. Zito.

A Celebration of Life will be held on Saturday, November 23, 2019 at the Clubhouse, Brinkworthy Place, 135 Brinkworthy Road , Salt Spring Island, starting at 2:00 pm.

In lieu of flowers, please consider a donation to the Canadian Cancer Society, Lady Minto Hospital Auxiliary or the Salt Spring Farmers’ Institute.

MP May resigns as leader