The North Salt Spring Waterworks District board of trustees election is taking place using a mail-in ballot this year due to COVID-19 precautions, with two candidates putting their name forward for one available seat.

NSSWD ratepayers should have received the ballot and return envelopes in the mail last week. Ballots are placed inside a security envelope and then the envelope that is returned to the waterworks. Ballots must be received at the NSSWD office by Tuesday, Sept. 8 at 4:30 p.m. People should note that a witness to a signature is needed for the process. For more information about the voting process and eligibility, see the www.northsaltspringwaterworks.ca website or phone the office at 250-537-9902.

Voting results will be announced at the NSSWD annual general meeting, which will be at Community Gospel Chapel on Wednesday, Sept. 9 at 6 p.m.

Candidates Gary Gagné and Garth Hendren have provided the following biographical information and their rationale for wanting to serve on the board. 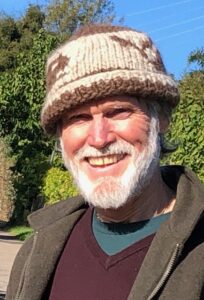 Gary Gagné has been a NSSWD board trustee since January of 2019.

He built his first home on Salt Spring Island in 1980, and is now a small-scale farmer and builder. He is a bilingual retired marine officer and has been a boat builder, sailor, navigator, Greenpeace captain and pilot.

Gagné has served on the board of directors for Island Pathways and several subcommittees: Partners Creating Pathways, Cycling Salt Spring and the newly formed Salish Sea Trail Network group; and for the past year has been a steering committee member for the Climate Action Plan 2.0 project and its Transportation Working Group. Other volunteer work has been in service to the environment, with four years spent in Clayoquot Sound as a forest protector, and in campaigning for Green party MP Elizabeth May; and in spiritual service with Open Gate Sangha.

Regarding his decision to run for a second NSSWD trustee term, Gagné said he feels it is critical to protect the island’s invaluable water resources and feels strongly that all decision making concerning water be held on the island.

“I think our ratepayers would be well served by keeping this board intact as it is, as it has been for the last year and a half. I am not alone with this feeling. Our current chairperson, Michael McAllister, who has been on a lot of boards, says this is the best board he has ever served on. We are dedicated to serving our ratepayers as efficiently and respectfully as possible and with full transparency.” 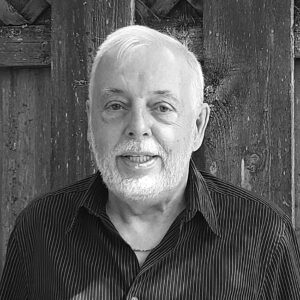 Garth Hendren is a long-term Salt Spring resident and an educational consultant who has been active in the community for a number of years.

Hendren has sat as a board member on five Salt Spring water districts and as a result says he is familiar with most of the problems facing the NSSWD and a variety of water issues, including those related to quality, infrastructure costs management and dealing with limited financial resources.

“If elected I look forward to helping NSSWD address the pressing issue of whether the district should move under the umbrella of the CRD. I am confident that I can help the district make the right decision.”

• Editor’s note: Information provided to the Driftwood and the NSSWD by Hendren initially stated that he was a “founding” member of the water council, which was formed in 2004. Hendren was one of the first directors of the Salt Spring Island Water Council Society, which the water council became, in 2011.

Other NSSWD trustees whose terms are not yet up are Chris Dixon, Les Howell, Michael McAllister and Sandra Ungerson.