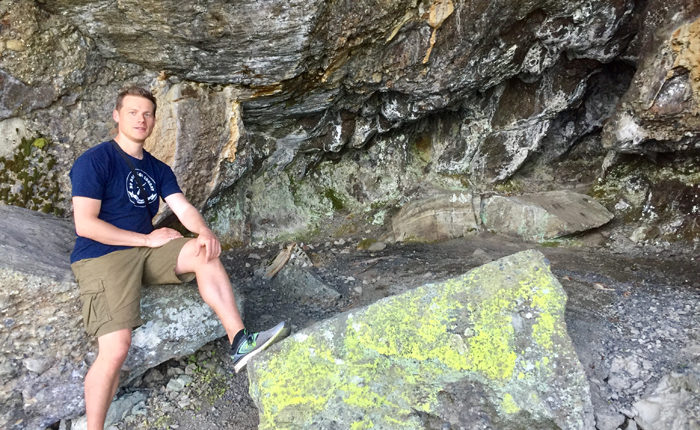 Editor’s note: A crash by one of the Snowbirds team planes on Sunday, May 17 in Kamloops has changed flyover plans referred to in this story.

The Royal Canadian Air Force’s Snowbirds team will visit the skies of Salt Spring Island sometime on Monday in honour of Capt. Kevin Hagen, who died in a helicopter crash in the Ionian Sea on April 29.

Hagen’s mother Lynn Steiner and stepfather Bill live on Salt Spring, and the planes will fly over their Canvasback Place residence, and then on to the Mount Douglas area where Kevin’s father Steffen Hagen and his family live.

“Kevin was a courageous, very loyal and loving son and brother,” said Steiner on Monday. “He had a beautiful smile and infectious laugh and we miss him greatly.”

Kevin Hagen had spent a lot of time on Salt Spring since his mother moved to the island 12 years ago and loved it here, she said.

Hagen’s dream was to become a pilot, and he earned his single-engine and glider’s licences by the age of 16. He was born in Nanaimo, and attended school in Qualicum, on Quadra Island and in Victoria, graduating from Lambrick Park Secondary School in 2007.

He was an 848 Royal Roads Royal Canadian Air Cadet Squadron member and joined the Royal Canadian Air Force after graduation. Hagen graduated with distinction from the Royal Military College of Canada in Kingston, Ont. in 2011, and then did his pilot’s training at the Canadian Forces’ flight training school in Portage La Prairie, Man., emerging with top honours. One year later he was a full-fledged RCAF captain based at CFB Shearwater in Halifax. He trained on Sea King helicopters and flew those until the Cyclones replaced them in 2018.

“He was also involved [with another pilot] in bringing the first Cyclone helicopter across the country from Halifax to Victoria,” said Steiner.

Hagen had been part of the flight team on previous deployments with the Royal Canadian Navy.

The family’s sense of loss is increased by the fact that Hagen had just been posted to Victoria after years of being based in Halifax and would have been moving there soon.

“He was the family rock,” Steiner added.

Hagen was on a Sikorsky CH-148 Cyclone helicopter that was close to landing on the HMCS Fredericton frigate during a NATO training mission off the coast of Greece when it crashed at 8:52 a.m. on April 29.

Also on board were Capt. Brenden Ian MacDonald, Capt. Maxime Miron-Morin, Sub-Lt. Matthew Pyke, Master Cpl. Matthew Cousins and Sub-Lt. Abbigail Cowbrough. Only the remains of Cowbrough and MacDonald have so far been recovered.

The time of the Snowbirds flyover has not yet been determined but will be added to this story when it is known. (The family was originally advised it would be sometime on Friday, May 15, but Monday the 18th is now a more likely date, although the time has yet to be confirmed.) The Snowbirds are a military aerobatics team based in Saskatchewan.

At the family’s request, in lieu of flowers, the Royal Roads Royal Canadian Air Cadet Squadron is accepting donations to create a memorial flying scholarship in Hagen’s name. Etransfers can be made to: 848scholarship@gmail.com with a password of Hagen, cheques can be mailed to 848 Royal Rds RCACs, PO Box 28091, RPO Westshore, Victoria, B.C., V9B 6KB, or people can contact Paisley Pelletier at 250-893-0744.

“We thank everyone in advance for their contributions in recognizing this inspiring and valued alumnus of our squadron,” the organization states on its Facebook page.