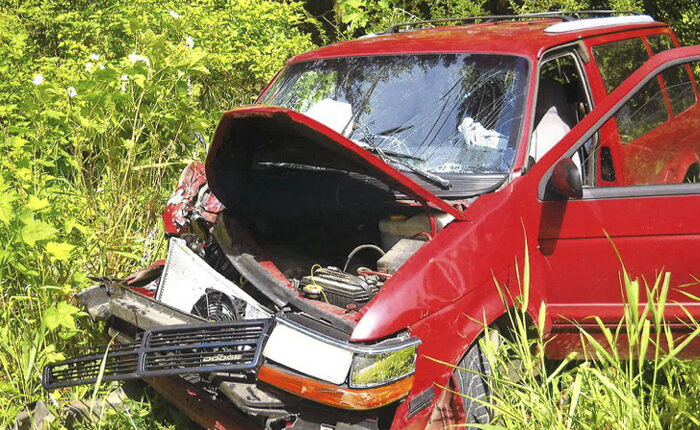 The second quarter of 2021, April 1 to June 30, was a steady period for Salt Spring Island RCMP with 728 calls for police response and investigation. The types of reports included, among others, 123 mental health calls, 112 traffic-related calls, 12 firearms calls, seven sexual offence investigations and 20 COVID complaints. There were 439 foot patrols conducted and 97 bar walks done over this 91-day period. In total, SSI RCMP have now responded to over 1,400 calls since the beginning of 2021.

Some of the calls of the last few months included the following:

• SSI RCMP were advised of a boat taking on water in Sansum Narrows with adults and a child on board; the boat made it to shore prior to fully sinking with no injuries.

• SSI RCMP assisted the BC Coroner’s Service on multiple investigations during April and throughout the quarter.

• After arresting a female for mischief and damage to downtown property, the female was subsequently arrested again weeks later for threatening a SSI RCMP member.

• Police responded to a downtown business where the owners and staff refused to wear masks in contradiction to current provincial guidelines. Education was given and a discussion was had regarding businesses operating legally on SSI.

• Police responded to multiple acts of graffiti in the downtown core; the investigation is continuing.

• SSI RCMP responded to a report of an intoxicated male at a downtown business. Because of the level of the male’s intoxication, he was transported by ambulance to hospital for assessment and treatment.

• Police were advised of a local resident who gave out credit card numbers to a phone scammer and subsequently had money withdrawn from their account. RCMP are reminding residents to not give out their credit card numbers, SIN card information, etc. over the phone to people alleging to be from Revenue Canada.

• Police were advised of a boat adrift in Ganges Harbour, without power, with multiple people on board; Coast Guard and RCMP attended on separate vessels and the boat was towed back to land.

• SSI RCMP received a report of a male coming to SSI on the ferry with outstanding provincial warrants; pedestrian and vehicle traffic was screened and the incoming ferry was searched by police. It was determined that a wrongful ID of the male occurred and the male was still somewhere on Vancouver Island.

• Police responded to a report of a male who broke a downtown business window with a skateboard; the male was found, arrested and charges recommended to Crown.

• A drug investigation resulted in the laying of charges against a couple supplying drugs to minors.

• Police assisted with multiple missing persons investigations throughout this quarter.

• SSI RCMP were advised of a positive COVID test of a person who had just returned to SSI after being out of country; the importance of quarantining and avoiding people was discussed, and the person agreed to quarantine for the required two weeks on SSI.

• A theft of produce from a local farm stand was reported to police; safety practices and surveillance was discussed.

• Police assisted the BC Sheriff’s office with the issuing of documents for family court.

• Police received a report of a male going to a house on Salt Spring to “exact payment.” Police intercepted the male and arrested him; the male has since left Salt Spring Island.

• SSI RCMP responded to a male who threatened to kill himself; the male was transported to hospital for assessment.

• SSI RCMP are investigating the deliberate sinking of a 42-foot boat in Ganges Harbour by an act of mischief; charges under the Criminal Code and the Shipping Act are being recommended to Crown.

• A female was arrested by SSI RCMP after an SSI investigation into an alleged online request for the abduction of a child; the woman offered to pay $20,000 for a child’s abduction.

• A male who threatened to kill himself was apprehended by police and transported to hospital for assessment.

• After a two-year investigation by SSI RCMP into an incident involving child pornography and exploitation that occurred on SSI, a male in the U.K. was arrested and charged this month.

• Police assisted with the removal of a child from the home of an intoxicated parent who was not able to provide the necessities of life for the child.

• Police were advised of a set of car keys stolen from an unlocked, windows-down vehicle in downtown Ganges.

• Police responded to a male waving a knife in Centennial Park; the male was arrested and the 8” knife was taken from him. The male has since left SSI.

• SSI RCMP removed a burning garbage can from near the propane tanks in Ganges Alley; the SSI fire department extinguished the fire and then together with police extinguished a second fire on the nearby beach. The identity(ies) of the arsonist(s) is currently being investigated.

• SSI RCMP are reminding residents that with COVID restrictions relaxing and opportunities to travel becoming more available, there will be an increase in travel on Salt Spring. In this past quarter alone, SSI RCMP responded to 112 traffic-related incidents, including erratic driving, various parking complaints, impaired drivers and speeding. Multiple charges for impaired driving by alcohol and drugs were issued. SSI roadblocks are increasing in frequency and impaired drivers are being caught, including two impaired drivers caught within the first seven minutes of a roadblock being set up during the last week of June.

• SSI RCMP are reminding residents to not drink and drive. You are risking your own life and the lives of others when you get behind the wheel impaired. Call a friend, call a taxi or sleep overnight if it’s an option. Do not drive impaired.