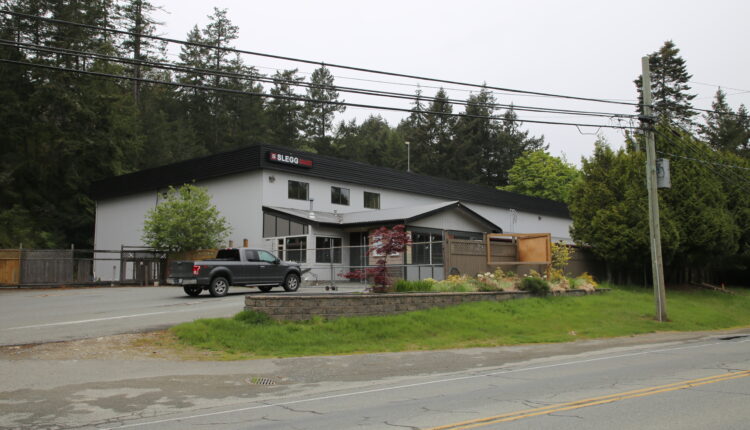 Salt Spring’s low-cost retail offerings are set to expand this summer, when Fields Holding Company (FHC) hopes to have a new outlet open and ready for business.

The company’s owner and CEO Jason McDougall told the Driftwood on Monday that renovations at 804 Fulford-Ganges Rd. are underway. Although lots needs to be done to turn the former Slegg Lumber premises into a retail store — including installation of new walls, insulation, flooring and lights — the goal is to have the store open by July 1.

“Our opening date keeps moving a bit because there’s a little more work we have to do. We know the community needs us and we’re working to get there as soon as possible,” McDougall said.

Salt Spring last had a Fields outlet in 2009, when its lease at the Country Grocer complex expired. FHC bought the historic Western Canadian chain after that, and has been actively looking for a new Salt Spring home for the past seven or eight years, McDougall said.

“It was someone from Salt Spring who actually called us to let us know the building was available and might be a suitable location,” he said.

McDougall said the store will be a typical Fields with a mix of merchandise that includes clothing, toys, stationery and foods. He noted the latter department won’t be very large, though, because the company is aware Salt Spring is well represented by grocery options.

“Depending on the needs of the community, the departments can increase or shrink,” he explained. “We’re pretty flexible in terms of what we sell. We want to make sure we’re adding to the community, not bringing something that isn’t needed.”

McDougall said he also wants Salt Springers to have the option to buy low-cost clothing or footwear without having to take a ferry, unless they want to make a trip. People who are shopping for one thing off-island will likely do other shopping as well, he observed.

Fields will be operating its commercial business on an industrial-zoned property with a temporary use permit (TUP) issued by the Islands Trust in October 2020. Getting the correct commercial access permit from the Ministry of Transportation and Infrastructure (MoTI) in order to use a driveway off a highway was required as a condition of the TUP.

Some islanders who spoke during a February 2020 Local Trust Committee meeting said they were concerned about increased traffic to the site, which is located off an 80 km/hour highway and on a curve.

McDougall said he believes the store won’t attract more traffic than Slegg Lumber did, because that was a busy location, but the company has been petitioning MoTI to add a slow-down area to that part of Fulford-Ganges Road. So far they have been unsuccessful.

McDougall said FHC will keep trying and will also expand the slow-down area at the property’s entrance.

“We’ll do what we can control, anyway. And I guess it will take a while for people to get used to there being a store there again,” he said.

Look for announcements with the store’s opening date in coming weeks.

Input sought on Ciderworks’ plans for lounge and outdoor patio