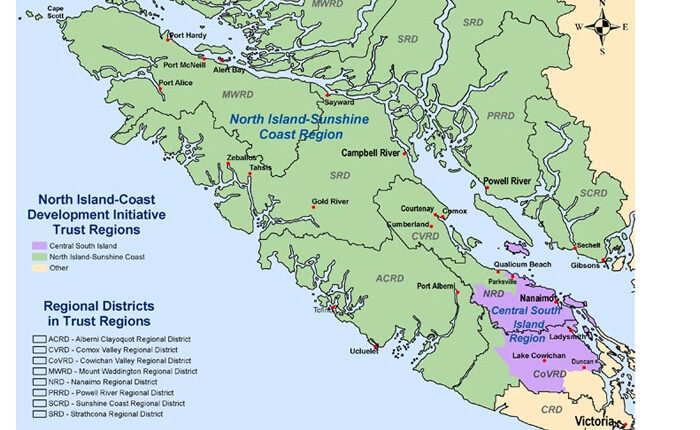 Advocates are retreading old ground on their mission to have Salt Spring and the Southern Gulf Islands recognized as rural communities and become eligible for multiple grants and programs currently denied to them for being part of the Capital Regional District.

Saanich North and the Islands MLA Adam Olsen raised the issue again at the British Columbia Legislature during question period on Dec. 10, addressing newly appointed Minister of Jobs, Economic Recovery and Innovation, Ravi Kahlon. Kahlon said he would be briefed by his deputy minister about the matter and invited Olsen to meet with him to discuss it sometime after that. Olsen suggested that instead of meeting, a new order in council could be drafted and signed right there.

“I appreciate the invitation to have another conversation. The reality is for southern Gulf Islands communities and Salt Spring Island, they have been conversing about this with this government, and I have been conversing about it, for three and a half years. The advocacy has been going on for more than seven years,” Olsen responded. “The idea that these communities in the southern Gulf Islands are anything but rural … to think that we would have to be continuing the conversation about whether these islands are rural is absurd.”

Olsen explained to the Legislature not having rural designation means the CRD’s island communities have been excluded from applying for broadband access and will most likely also miss new funding for mental health and addictions treatment announced last week.

Those are just the latest examples of provincial and federal programs that are available only to rural communities. And as Olsen pointed out, the province changed the designation for the CRD’s Juan de Fuca electoral area just before the fall election was called. Juan de Fuca happens to be in Premier John Horgan’s riding. It can now apply for infrastructure and project grants from the Island Coastal Economic Trust, a multi-million dollar granting fund that Salt Spring and the Southern Gulf Islands have been excluded from.

“The reality is, without this designation, these island communities do not have access to grants that they rightfully deserve,” Olsen said. “These communities are tourism-based communities that have been hit so hard by COVID. They are in and are having an existential crisis, right now, this moment.”

Getting the classification changed at both provincial and federal levels has been a high priority for the Salt Spring Community Economic Development Commission. Chair Francine Carlin has been advocating for the move since she first joined the commission in 2016.

“The decision by Premier Horgan to reward Juan de Fuca, his riding, with inclusion in ICET is outrageous,” Carlin said. “Now after years of meetings, letters and advocacy calling for all the CRD electoral areas  — Salt Spring, Southern Gulf Islands and Juan de Fuca — to be designated rural and for ICET inclusion, we are once again faced with a minister who is inexperienced and has to be ‘re-educated’ about this inequity. Now time is wasting and our ability to access necessary COVID recovery resources in a timely manner is out of reach.”

Olsen has urged all concerned constituents from Galiano, Mayne, Pender, Salt Spring and Saturna islands to send letters requesting rural designation to the new minister at JTT.Minister@gov.bc.ca, and to copy him at Adam.Olsen.MLA@leg.bc.ca.