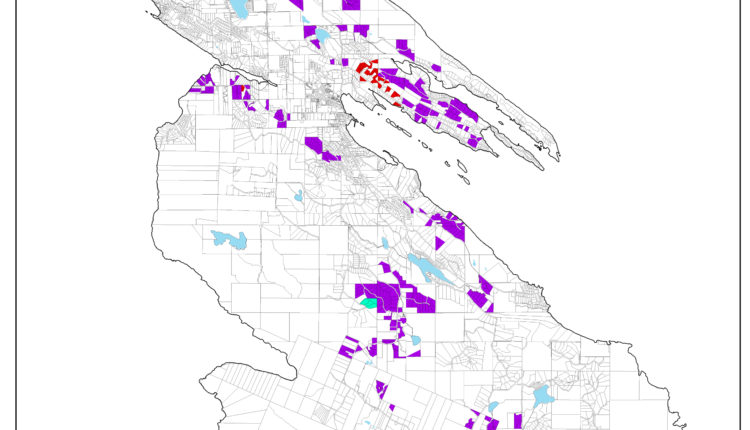 The Salt Spring Local Trust Committee gave third reading last Tuesday to a much-amended version of a bylaw allowing the long-term rental of some 400 seasonal cottages.

The final version of the bylaw rolled back a number of requirements that were previously proposed — including a blanket prohibition against bed and breakfasts in the mapped area — in light of considerable community opposition. The project itself was not scrapped as some had demanded, however, and will now go to the Islands Trust’s executive committee for approval.

“Brilliant work; you’ve nailed it as far as I’m concerned,” trustee Peter Grove said after staff recommendations were presented at the Feb. 18 meeting. “You took all the input that’s been received and made the changes, so people must feel heard.”

The updated bylaw prohibits B&B use only for cottages in the bylaw area that are greater than 56 square meters in size. (The bylaw gives owners of properties larger than two hectares the new ability to build cottages up to 90 m2.) Similarly, a requirement that all new cottages in the bylaw area have rainwater catchment installed was changed to affect only those larger than 56 m2.

The requirement to register a covenant against subdividing a cottage as a strata unit was dropped as being partly redundant, although staff said that leaves a window where some bare land property owners might build two new units and then create a strata.

Trustee Laura Patrick voted against advancing the bylaw in recognition of housing advocates’ opinion that the measure is inadequate to meet affordable housing needs. She suggested putting the project on pause to see what else a new housing working group could come up with, including the potential to increase aging in place opportunities.

“There could be aspects of this that are worth pursuing, but allow it to be examined in terms of what else you could do, and something else might result in more meaningful results,” Patrick said.

“This was not the final solution by any means,” Grove responded. “This was a small step; it was an attempt to deal with low-hanging fruit. There is a lot more that needs to be done and this will not interfere with any of that. This will not preclude further development of our plan. It’s just a very small step toward where we need to go.”

LTC chair Peter Luckham considered whether the cottages bylaw would restrict the ability to do further work on affordable housing and found it would not. He also saw value in advancing the project if it would create just one or two new units.

“Maybe it will even create several, which will provide relief to some in the short term,” Luckham said. “And absolutely this housing working group could come up with some new ideas and we could create a new bylaw rather than delay this any further, because it’s been such a long time coming.”