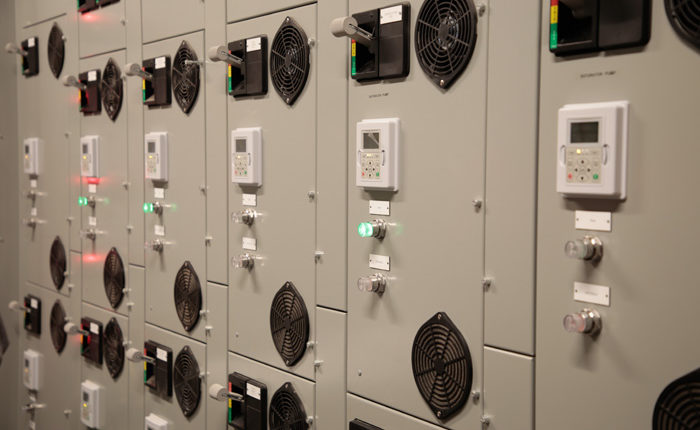 Breakers operate the various functions of the facility. 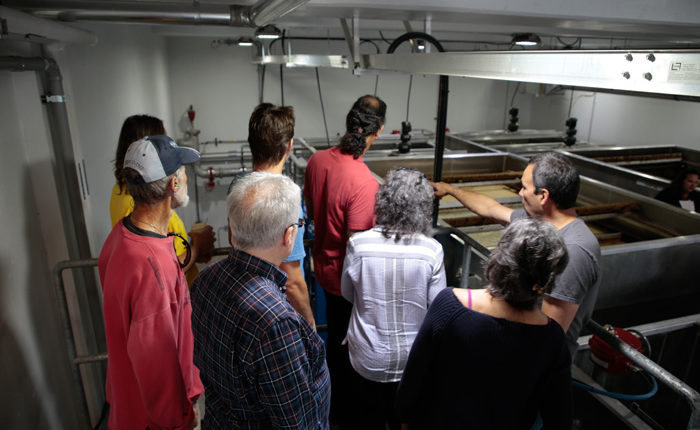 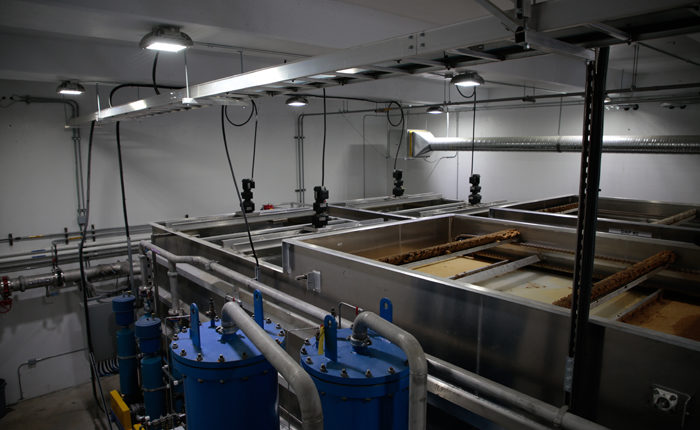 Coagulant helps float particles to the top of tanks, which is skimmed off and taken away for composting. 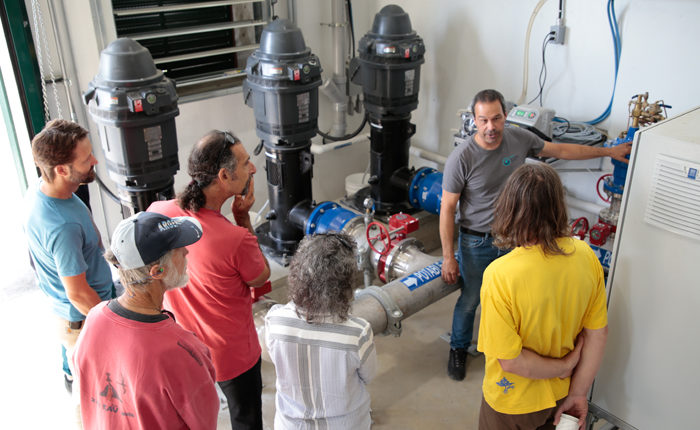 Grant Tamboline shows part of the pumping system to a group of visitors at last Tuesday’s open house event. 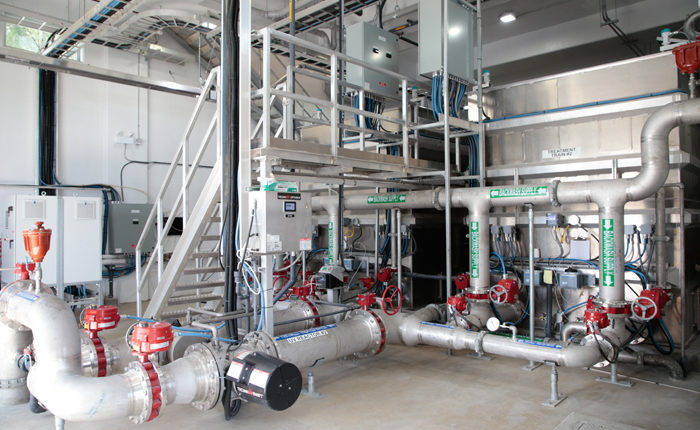 UV treatment system that is part of the St. Mary Lake treatment plant 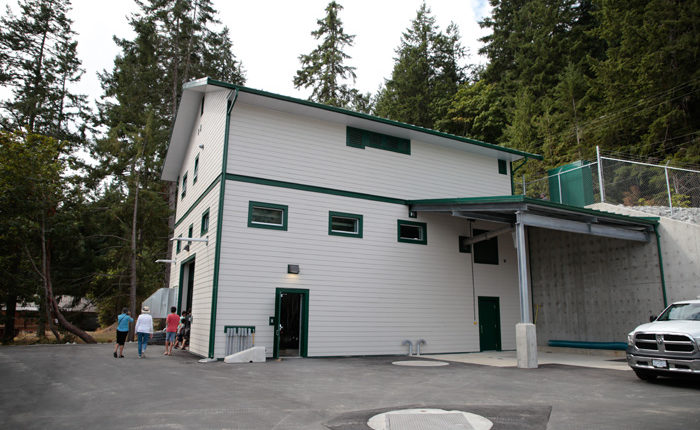 The new facility is built into the hillside on Tripp Road.
Prev 1 of 6 Next

Island residents got a chance to tour the $8-million facility and learn about the dissolved air flotation technology and how it filters the water. The new plant was running in June, but the district is still waiting for a few finishing touches to the disposal system, some alarms and the full integration of the district’s supervisory control and data acquisition system.

Dissolved air flotation is a process where the contaminants in water are separated out by floatation. A foam is injected into the water, which coagulates onto particles, floating them to the top. The foam is scraped off by large brushes, and is collected for disposal. The water is then filtered and treated with ultraviolet light before it is sent out into the water system for consumption. DAF is used by the CRD water treatment plants on Salt Spring, and was chosen to suit St. Mary Lake’s particular needs.

The plant’s operating permit was issued by Island Health in March, and the first water was delivered into the system on April 30. The plant was initially run during the day with crews on site, and the old treatment plant was online overnight. The plant was officially running without backup in mid June.

Over 100 people came out throughout the day last Tuesday. Visitors were split into small groups and shown around the plant, seeing everything from the office room to the electrical control room to the actual DAF tanks in the lower level of the building.

“People don’t usually get a chance to see inside facilities like this,” said district environmental manager Meghan McKee.

Plant planning began in 2012, and the plant was funded after a borrowing referendum was passed in 2015. The referendum allowed the district to borrow up to $8.4 million for the construction of the facility. Though the opening date was set back, the plant was finished under budget for a total of $7.9 million.

“We made a plan, and we didn’t deviate from the plan,” said district manager Ron Stepaniuk. “So it worked.”