Islanders rally for the climate

Locals add voices to millions from around the world 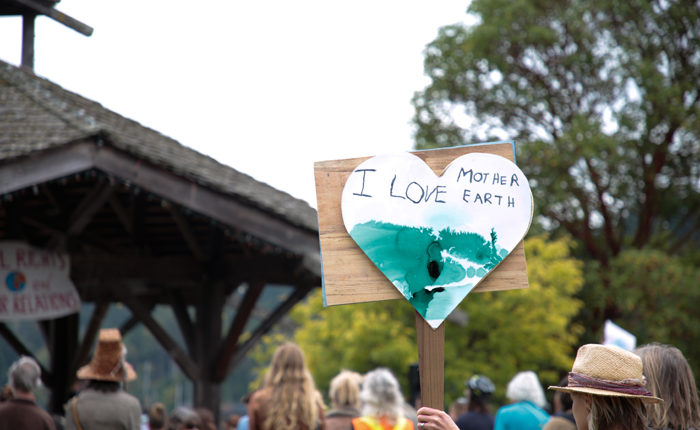 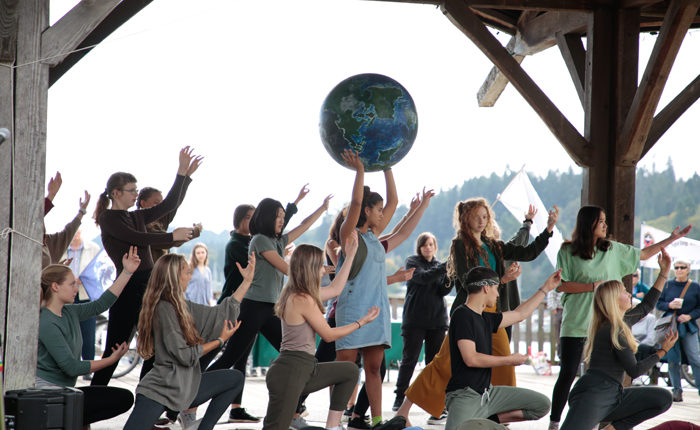 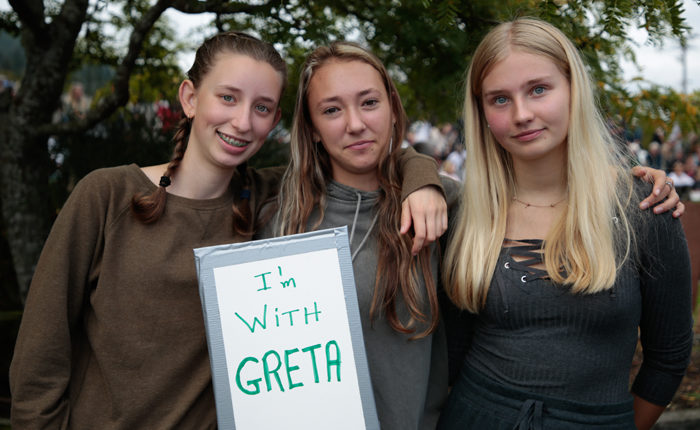 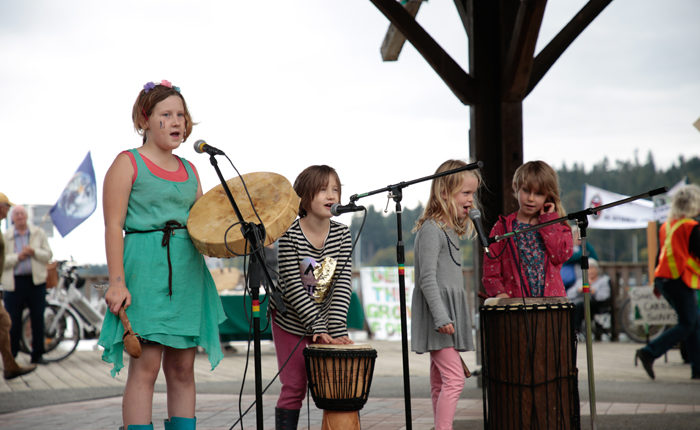 From left are Isla and Juniper Hood Lundrie, Moira King and Aurelia Lukow performing for the crowd. 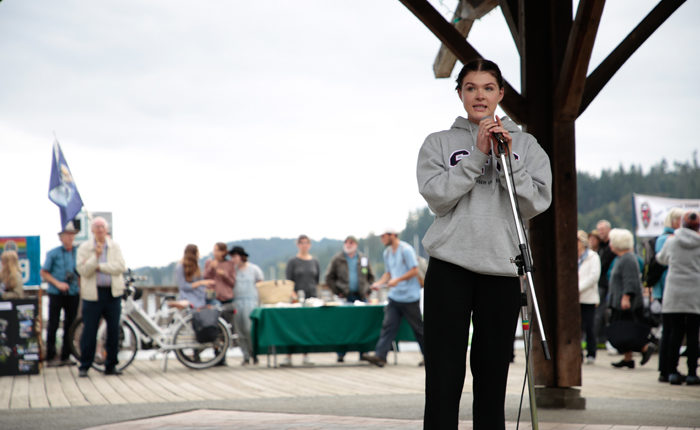 Sophie Kornelson from the Youth Climate Hub speaks during the rally. 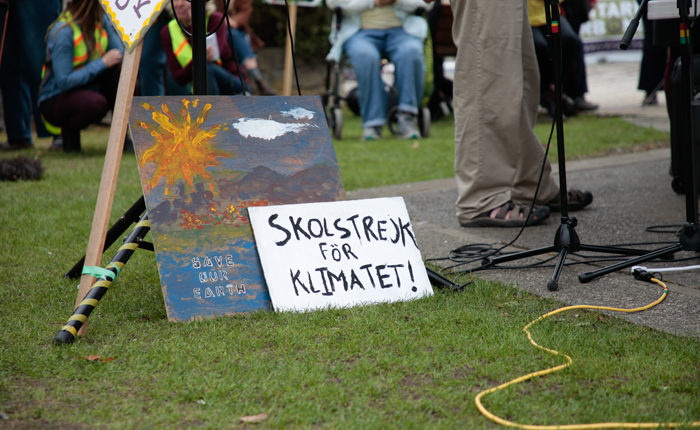 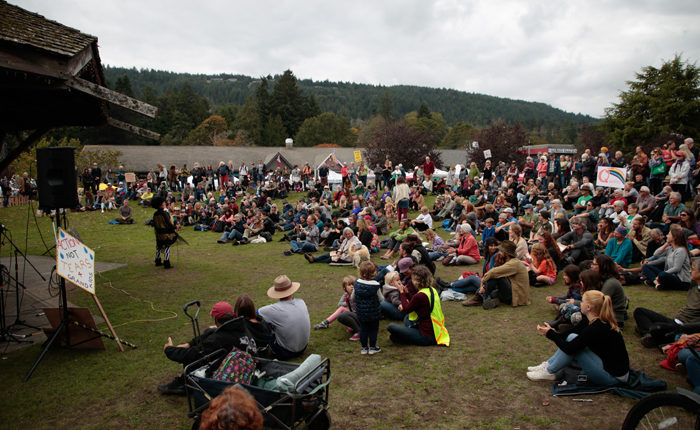 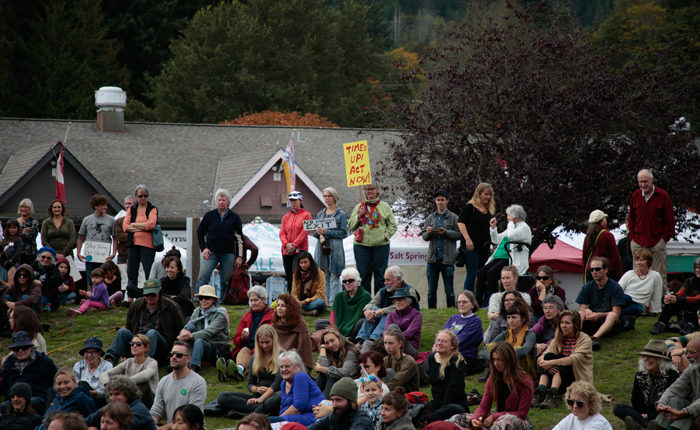 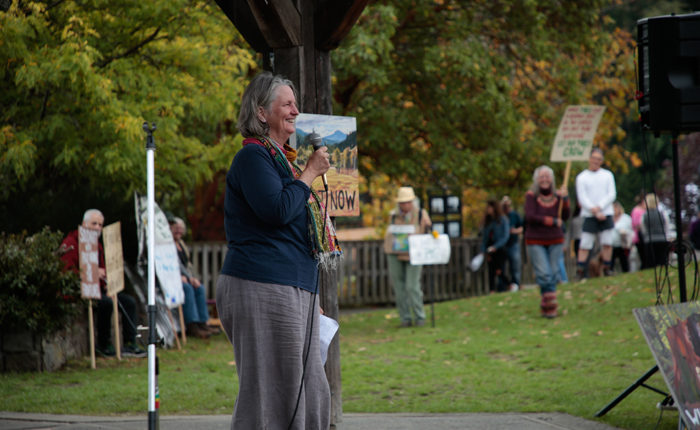 Farmer Sue Earle speaks about the importance of eating locally. 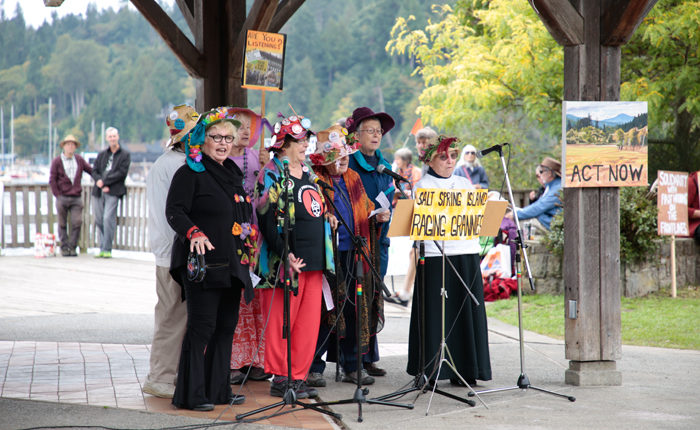 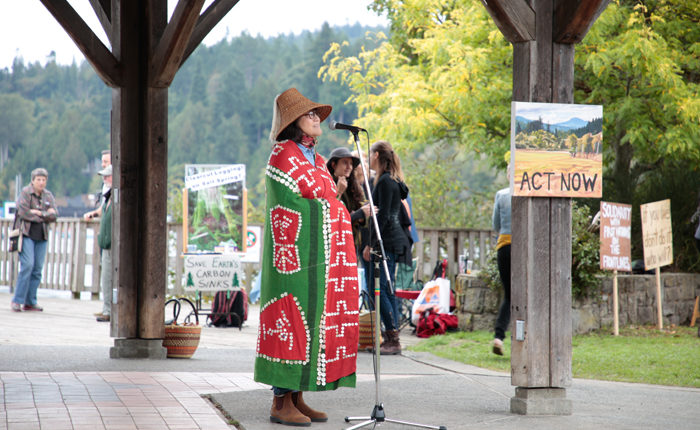 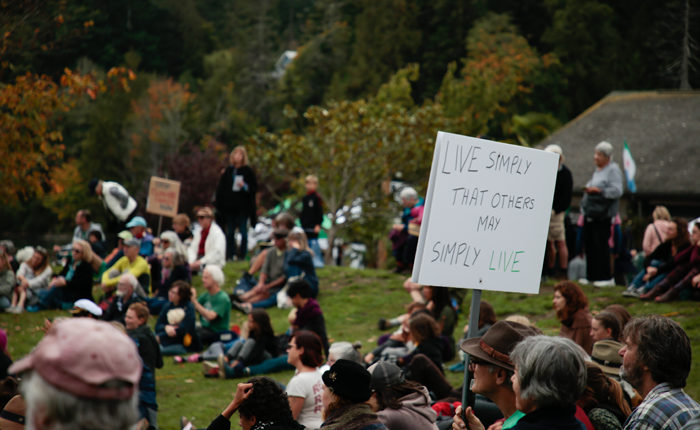 Live simply so that others may simply live. 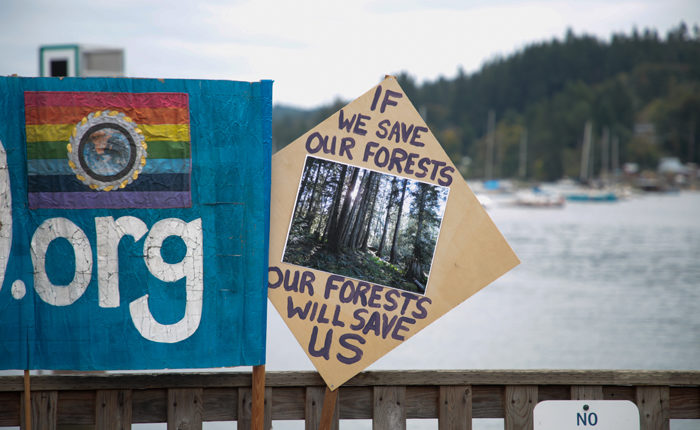 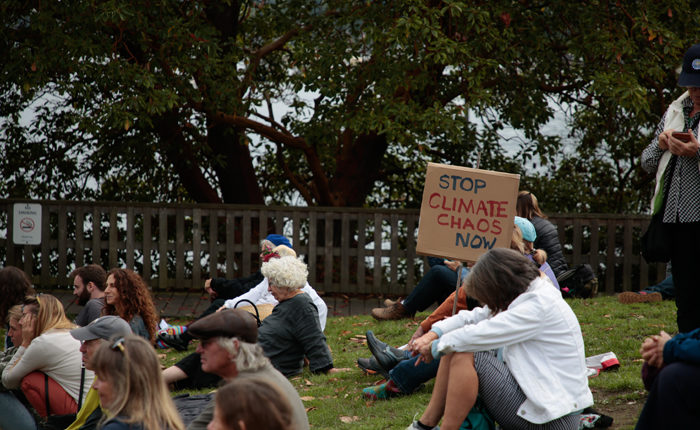 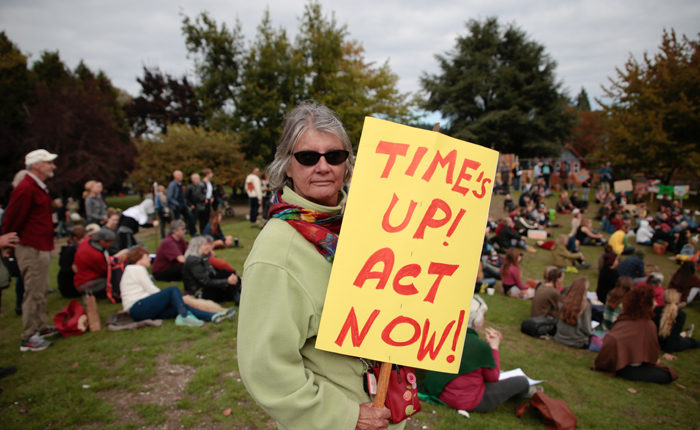 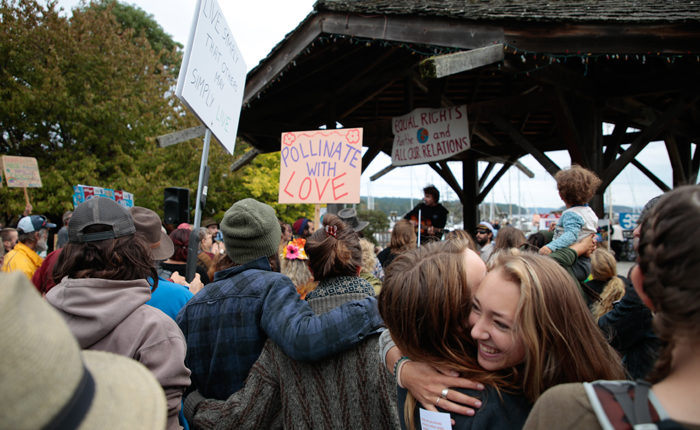 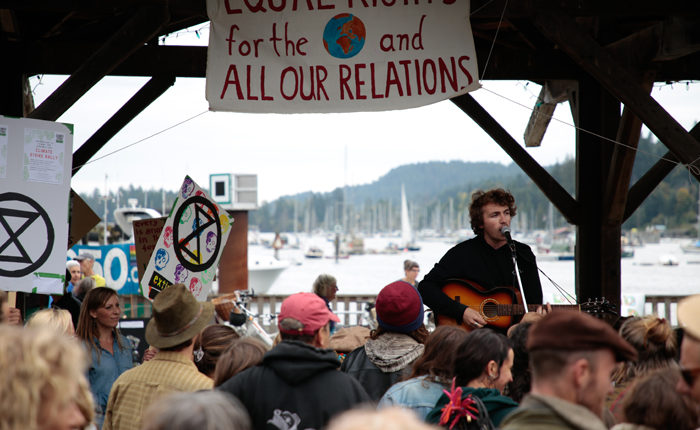 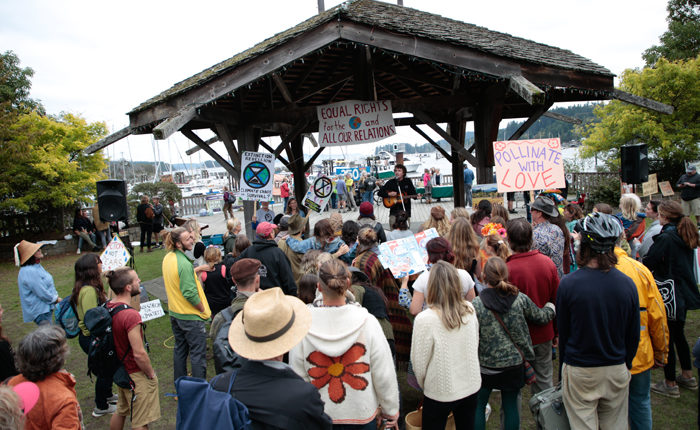 For over two hours on Saturday, Sept. 21, Salt Spring Islanders of all ages and backgrounds lent their voices to those of millions of others around the world to demand tough action from all levels of government to combat global warming.

The event was part of a massive, global youth-led climate strike and was organized by a local volunteer team. It brought together speakers and guests from various island groups to find tangible ways of dealing with the crisis.

“We feel like it’s time to mobilize and attract as many new people to having a greater awareness of the climate crisis,” said event organizer Jocelyn Lukow. “Salt Spring is already a very aware community, and we’re very hopeful that people become active.”

One of the more poignant performers was the group of young girls, Isla and Juniper Hood Lundrie, Moira King and Aurelia Lukow, singing a cappella protest songs in front of the large crowd. Immediately following was a passionate plea from a Nancy Wiggin, a great-grandmother who begged for change.

Others included the Gulf Islands Secondary School dance class performing their tribute to Greta Thunberg, the 16-year-old Swedish activist who started the climate strike movement in 2018; farmer Sue Earle, who asked people to turn to locally produced organic food; and singer/songwriter Luke Wallace, who finished the event with a sing-along of The Plastic Ono Band’s Give Peace a Chance.

Worldwide climate strikes took place on Friday, Sept. 20 as part of the lead-up to this week’s United Nations Climate Action Summit. An estimated four million people from around the world took part in the strikes on Friday.

Lukow explained that Salt Spring’s event was held on Saturday to both give islanders the chance to take part in the Friday rally held in Victoria, and because more people would be exposed to the rally, held at Centennial Park during the Saturday Market.

Before this event, Lukow, a mother and nurse on the island, had never seen herself as a climate activist. She was inspired by the global call and actions by local youth and stepped up to take part.

“I personally have been over to Victoria for a climate strike with my small children and seen whole groups of youth ferrying over on the Fridays to be at the legislature … I think their energy and their passion is really making their parents and the older generation realize that they’re fighting for having a future and they are begging for their lives,” she said. “They’re begging to have a future. I think it’s so compelling that a lot of us just can’t look away.”

The climate strike, while inspired by the younger generations, was open to people of all ages. Lukow and the organizers wanted to reach as many islanders as they could. Climate change has an effect on everybody on the planet, not just the younger people, she observed. Lukow hopes that the effects of the strike would ripple through the island and inspire people to take action.

“I really hope that people feel that they can’t look away. I hope they realize that there’s a place for them in this movement,” Lukow said. “You can come in from where ever you’re at in your personal life.”

“You don’t have to be car-free, you don’t have to be at the point where you’re not flying, or you’re vegan. None of us are exempt from using fossil fuels at this point,” she added. “There is a place in this movement for everyone and it’s time to stop looking away and to join in.”

Also at the event were booths set up by various organizations to help people find ways to have an impact. Other events have been planned to keep momentum going, including a group bike ride to Victoria on Friday to take part in a climate strike event timed to coincide with the final day of the protest action week, as well as a follow-up bike rally on Oct. 7.

“It’s one thing to go to a rally, and then after people wonder ‘ok so now what?’” Lukow said. “We have to keep the momentum going.”

Community fed Up With Quinitsa and Wants Two-Ship Plan Sooner